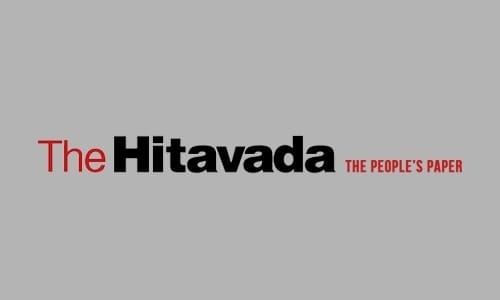 CONSUMERS in India are buying like never before. With the spectre of COVID-19 pandemic nearly gone, the country’s middle class consumers seem to have approached the ongoing festival season with vengeance. They are sparing practically nothing — from liquor to fashion wear, consumer durables, smart phones, automobiles, residential flats and even foreign holidays. The business is booming.

During this September-October festival season, almost every sector posted an all-time record business. Consumers want more. The tempo is expected to continue through the rest of the year and beyond. Consumer product manufacturers are stepping up production. Imports are also rising despite the falling exchange value of rupee. The trend is bound to strongly impact the country’s present and future economic growth provided the producers and suppliers take a long-term view of India’s growing market.

Significantly, sales of residential units in India during the first half of calendar year 2022 hit a nine-year high of 158,705 units across top eight cities — Mumbai, Delhi’s National Capital Region, Kolkata, Chennai, Bengaluru, Pune, Hyderabad and Ahmedabad — a Knight Frank India survey reports. Along with the record sales of residential units came the off take of passenger cars. The latter set a new monthly sales benchmark at 3,55,946 units in September, recording a 26 per cent growth over the previous month.

Maruti Suzuki posted a 131 per cent growth in terms of despatches to dealers, numbering 148,380. Hyundai, Tata Motors, Mahindra & Mahindra, Kia Motors and Toyota were among others to witness a big demand spurt.

The sale of air-conditioners in the first half of this year at around six million units nearly equalled the entire last year’s sales number. “AC sales this year have been better than the last two years, especially in the first half. We never had such high numbers in the past,” says Eric Braganza, President, Consumer Electronics and Appliances Manufacturers Association (CEAMA). On the other hand, the demand for consumer durables is expected to expand from an estimated US $21.5 billion in 2021-22 to over $25 billion this fiscal.

The country expects record sales of smartphones this festive season, worth around $7.7 billion. One out of every three smartphones sold during the festive season will be 5G enabled. A report by Counterpoint Research says e-commerce channels are expected to capture 61 per cent of the overall sales. The smartphone retail average selling price during the festive season would grow 12 per cent to reach its highest ever at $242. Analysts say that normally the festive season has been the highlight of India’s smartphone market where almost 20 per cent of the annual sales happen over four-five weeks making this period very important for all the players in the value chain. Samsung led the smartphone sales from September 23-30, this year, grabbing a 26 per cent market share, said a report by Strategy Analytics. Samsung is followed by Xiaomi and Realme, with 20 per cent and 17 per cent market share respectively.

At Rs 2,165 crore, the liquor sales in West Bengal was the highest ever in September. The October sales are expected to rise further. The State has set a liquor sales target of over Rs 20,000 crore this year. Almost every major State in the country reported record liquor sales since the beginning of the current festival season. Higher disposable income and change in lifestyles are mainly responsible for growing consumption of alcoholic beverages in India. Industry estimates that the consumption of alcoholic beverages in the country will jump to 16.8 billion litres by the end of this year from only 5.94 billion litres in 2018. State Governments are generally very happy. Higher alcoholic beverages sales mean bigger excise revenue income for Indian States. Budget estimates of States put the excise duty collection from the industry at Rs 1.4 lakh crore in 2019-20. This may substantially go up this year. In fact, this year’s festive season literally began with a big bang. The ad and marketing war pushed sales volumes as consumers are ready to buy and the companies are ready to sell. The industry’s festive season ad spends went up by 8-10 per cent to an estimated Rs 25,000-30,000 crore. Television is expected to account for about 41-43 per cent share of ad spends, followed closely by digital at 33-36 per cent, print at 15-17 per cent and OOH at around 3.5 per cent. As usual, Amazon India and Flipkart, the two top e-commerce giants, fought neck-and-neck for supremacy. This is the best occasion to showcase their strength and take advantage of people’s shopping mood. On September 23, the two e-commerce biggies rolled out their much-anticipated week-long sales — “The Big Billion Days” sale by Flipkart and the “Great Indian Festival” sale by Amazon India. The sales were estimated to reach US $5.9 billion during the week, showing a 28 per cent rise from last year’s US $4.8 billion. Incidentally, the country’s e-commerce market is fast expanding to the changing tastes and demands of new generation consumers. The market is expected to reach US $120 billion by 2026. (IPA)