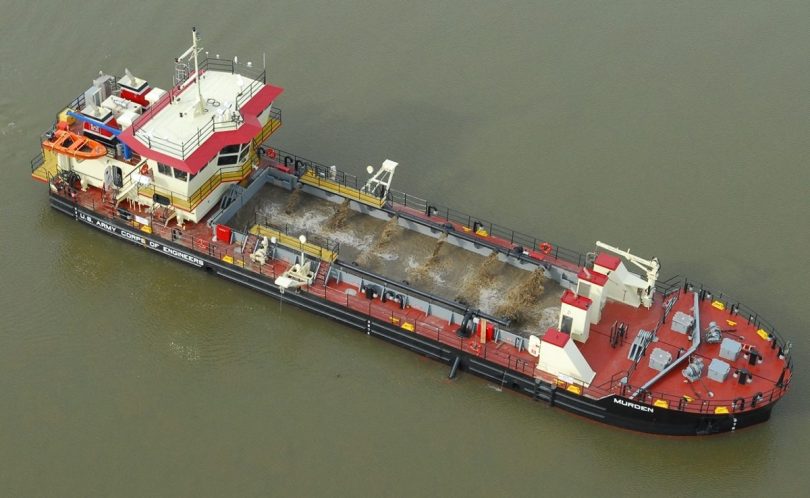 The Army Corps of Engineers reinstated the seasonal dredging window for hopper dredging of the harbors at the ports in Morehead City and Wilmington after the judge’s Sept. 26 ruling.

“It’s an exciting decision confirming that the Corps failed to grapple with the facts before it and violated the law and how it went about its inadequate environmental review,” she said.

The U.S. Department of Justice did not reply to requests for comment.

Federal agencies have 60 days to file an appeal to a court’s judgement, which means that the Corps’ has until later this month to decide its next move.

The Corps in 2021 entered an agreement with the state to drop the hopper dredging window, which is Dec. 1 to April 15, citing the need for more flexibility to maintain the deep-draft channels and save millions of dollars.

The Corps is able to lower costs for its harbor maintenance projects by obtaining regional contracts, which gives the agency a better shot at securing hopper dredges to work in harbors across a region rather than one state.

There are only 13 hopper dredges for the East Coast from Maine to Florida and across the Gulf Coast to Texas.

The Wilmington District is under the Corps’ Regional Harbor Dredge Contract, or RHDC, which includes the agency’s districts in Charleston, South Carolina, and Savannah, Georgia.

Under an agreement with the North Carolina Division of Coastal Management signed off in early 2021, the Corps was allowed to clear the outer portions of the channels at the ports using a hopper dredge and bed leveling, where plow-like equipment is used to level out ridges and trenches created during dredging, any time of the year through Dec. 31, 2023.

The Corps agreed to monitor and report dredging and bed-leveling impacts on various species and their environment within the channels.

The Southern Environmental Law Center, on behalf of Cape Fear River Watch, the North Carolina Wildlife Federation and Defenders of Wildlife, filed a lawsuit Aug. 4, 2021, with the U.S. District Court for the Eastern District of North Carolina that argued the Corps failed to conduct a full and accurate environmental review required by the National Environmental Policy Act, or NEPA.

“Even the Army Corps of Engineers implemented this decades-old policy of restricting dredging to the winter months based on the agency’s science and observations at that time,” McGee said.

Protections for federally listed species, including Atlantic sturgeon, are included in the National Oceanic and Atmospheric Administration’s South Atlantic Regional Biological Opinion, or SARBO, for dredging and material placement.

U.S. District Judge Louise Flanagan did not direct the Corps to prepare an Environmental Impact Statement, but remanded any decision by the Corps to conduct such a study “for further consideration.”

“We haven’t heard whether or not the agency will do an EIS or an EA,” McGee said. “Fundamentally, the court’s order does mean the Army Corps of Engineers is required to go back to the drawing board with their NEPA analysis and fix the flaws that the court identified.”

Hopper dredges are preferable to maintain portions of harbors leading to the state’s ports because they are more efficient, safer and economical compared to other types of dredges, according to an assessment by the Corps. The dredges vacuum material from the channel floor and hold that material onboard the vessel.