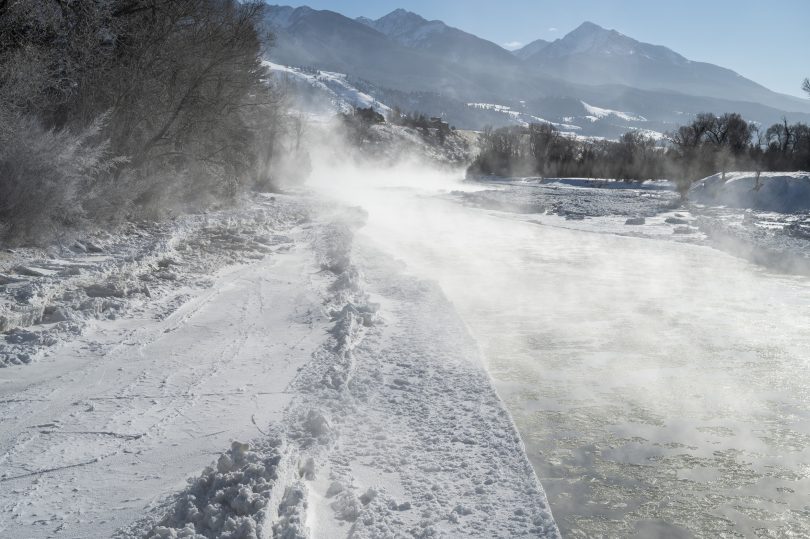 A couple has been trapped in their South Dakota home for weeks as an arctic blast descended on the U.S., subjecting them to subzero temperatures cold enough to turn the drifting snow around their home to a cement-like consistency.

Roughly a week before Christmas, an arctic blast began moving across the country. It first affected Northern Plains states like Wyoming, North Dakota and South Dakota. The front expanded south to Texas and began an eastward progression.

Some Southern states experienced the brutal cold for only a few days, but the arctic blast remained in the Northern Plains states the longest before finally moving out of the area this week. Despite temperatures beginning to rise above freezing, people like OJ and Barb Semans in Antelope, South Dakota, are still trapped.

The Semans live on the Rosebud Reservation, a Native American reservation home to the Rosebud Sioux Tribe. KFOR in Oklahoma City reported that snow removal has begun for much of the state as temperatures rise, but the reservation is still cut off by snow.

Over the course of 15 days, blizzard conditions dumped snow on the reservation, making roads impassable. Then, the temperature dropped to minus-50 degrees Fahrenheit, turning the snow into “cement,” according to OJ Semans. Snow drifts reaching as high as 20 feet further hindered the couple’s escape options.

“You could walk on top of it almost without leaving a footprint. That’s how hard it got,” OJ Semans said.

The Semans family has endured a plethora of potentially fatal challenges, everything from running out of propane to battling frozen pipes over the two weeks they’ve been trapped inside their home. OJ Semans told KFOR that they were using propane as fuel but ran out a week ago. Their son walked through the storm to bring them more fuel. When their pipes froze, they used an outdoor spigot to carry them through until their water returned.

Not all members of the tribe have been so lucky. OJ Semans said that as many as 10 people on the reservation have died since the start of the storm. He has worked for weeks to alert the Federal Emergency Maintenance Agency (FEMA) of the situation and receive federal aid to no avail as no emergency declaration had been made for the reservation.

“I consult for the tribes, so I’ve been working back and forth with FEMA emails and getting the paperwork ready,” he said. “Trying to get the declaration sent to the president to get some help down here.”