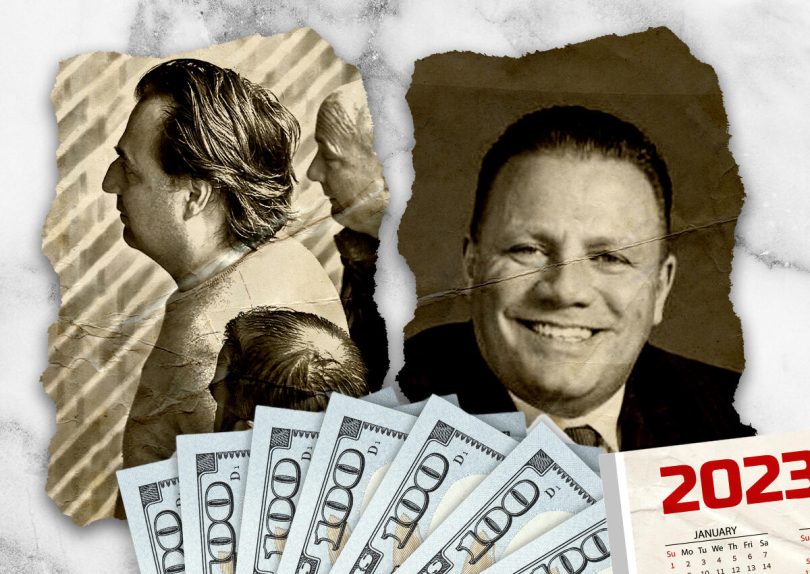 There’s no question that real estate intersects with just about everything, including politics, economics and even entertainment.

Unfortunately, as events from last week have shown, there’s also a significant overlap between real estate and crime.

Indeed, there was no shortage of stories of alleged nefarious activities taking place in the real estate world this week, none more high profile than in Massachusetts, where 47-year-old Brian Walshe was charged with murder for allegedly killing his wife, Ana Walshe, a Tishman Speyer executive. A possible motive emerged when prosecutors revealed that Brian Walshe had searched “how long for someone to be missing to inherit,” on the internet. Ana Walshe had amassed a $2.8 million portfolio of properties.

In New York, former Rinaldi Group executive Robert Baselice — who was a vice president at the construction management firm — was accused by prosecutors of stealing at least $5 million from seven developers in a construction kickback scheme that spanned nearly a decade.

Disbarred lawyer Sanford Solny was charged — again — last week by the Brooklyn D.A. with defrauding homeowners in an alleged scheme that netted him $2.3 million. It’s the third time in six years Solny has been indicted. This time around he faces charges of possession of stolen property, grand larceny and scheme to defraud.

A federal judge has held accountant Daniel Norensberg and his Long Island-based accounting firm in contempt for failing to comply with subpoenas to produce information about Michael Lichtenstein and Toby Moskovits’ Williamsburg Hotel, which has been approved for a $96 million sale. Norensberg had been ordered to pay $500 per day until he complied.

In The Real Deal’s January issue, we reported on the arrest of four ex-board members of the Hammocks Community Association in Miami for allegedly looting $2 million from the association’s coffers. More arrests may be coming, authorities said.

On the reality TV front, Todd and Julie Chrisley, stars of the USA reality show “Chrisley Knows Best,” reported to prison after being sentenced to serve 12 and seven years, respectively, for defrauding community banks of more than $30 million in loans and evading federal income taxes for years.

And while not crime related, Masoud and Stephanie Shojaees sued real estate agent Joanne Silva for defamation last week in Miami-Dade Circuit Court. Earlier this month, Silva allegedly made a number of inflammatory comments on social media about the Shojaees.

While the residential and commercial real estate markets may be slowing, the industry is keeping the courts busy.