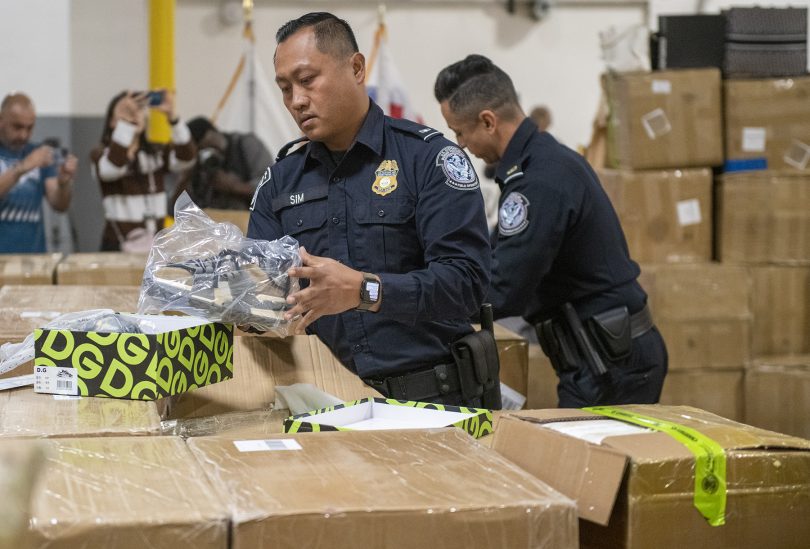 Officials said the record-breaking number was a 38% jump from the amount of fake products seized during the previous fiscal year. From October 2020 to September 2021, the CBP seized roughly $725 million in counterfeit items.

Counterfeit items are on display at the U.S. Customs and Border Protection LA/LB Seaport in Carson Thursday, November 17, 2022. Photo by Thomas R. Cordova.

Historically, counterfeiters have sold their products on fake websites and through underground outlets, but with the rise in e-commerce, especially during the pandemic, counterfeiters began hiding behind well-known websites, posting fake items for sale that appear real, CBP officials said.

“The message today isn’t to criticize online retail … our goal today is to raise awareness for consumers, especially as we head into the holiday season,” Donald Krusser, director of the LA and Long Beach seaport for the CBP, said Thursday during a presentation of the some of the items that have been seized. “If the deal seems too good to be true, it probably is.”

At the warehouse, customs agents displayed several counterfeit items, from fake Lysol disinfectant spray to replica Nike shoes and Versace bags. Although many of the items appear real, they often have uneven stitching or spelling mistakes, Krusser said. In some instances, items can contain ingredients or paints that are toxic to humans, officials said. 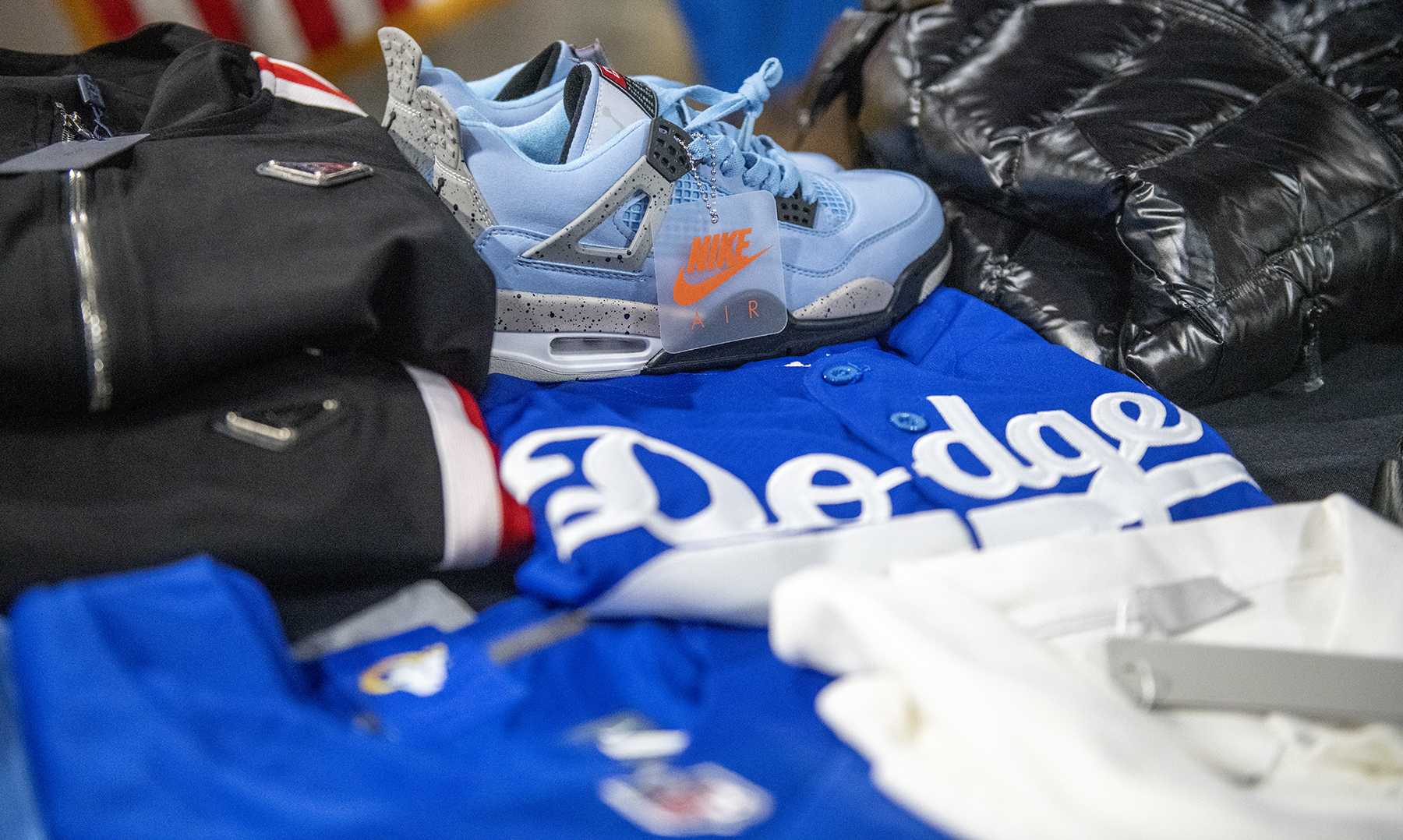 Counterfeit items are on display at the U.S. Customs and Border Protection LA/LB Seaport in Carson Thursday, November 17, 2022. Photo by Thomas R. Cordova.

Customs officials said agents are sometimes trained by manufacturers on what to look for when new products come in. Other times, the agency just relies on its officers’ intuition, officials said.

In order to come up with the value of the number of products seized, the agency checks how much the real companies would have made from the products if they had been genuine, Krusser said.

Krusser said the majority of the shipments involving counterfeit items appear to come from China, with some of the top items produced being footwear, apparel and handbags. 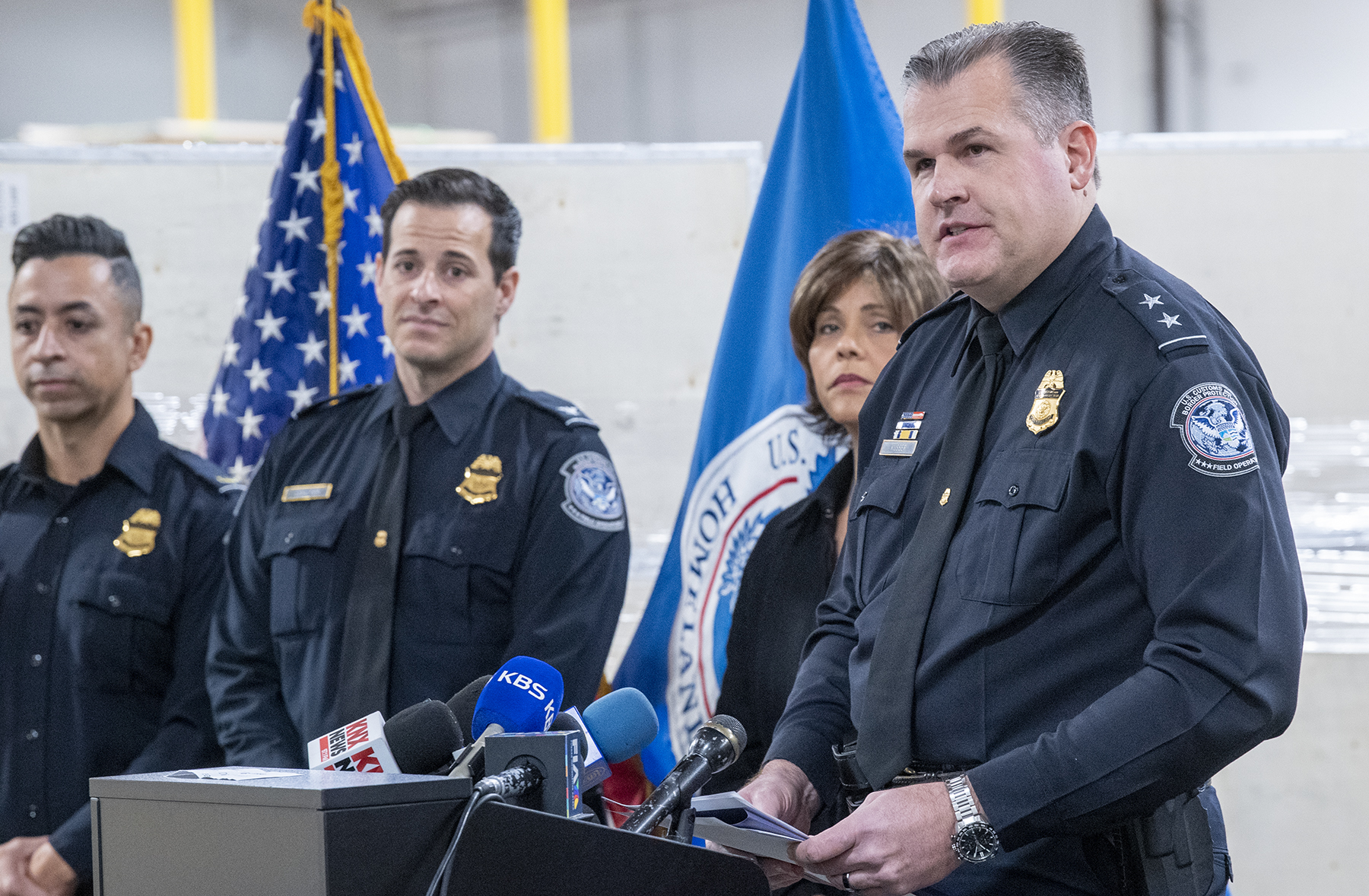