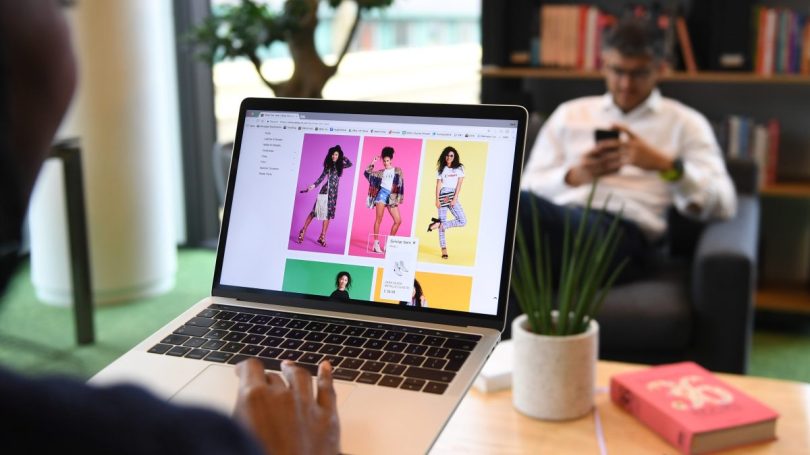 Turns out, there is a dark art of web design. Inventory trackers, countdown clocks and fake reviews are rampant on e-commerce sites, and all are used to influence how consumers buy. But their contents, oftentimes, are formulated fiction. The term for these deceptive designs: “dark patterns.”

Emily Stewart of Vox Media reported on these dark patterns and how websites use them to pressure consumers into buying products. Stewart spoke with “Marketplace” host Reema Khrais about the psychology behind their success and what consumers can do to be more cognizant.

The following is an edited transcript of their conversation.

Reema Khrais: I admittedly am a sucker when it comes to these marketing ploys, and I think the point of your article is that a lot of us are. So, can you explain what are dark patterns, and what are some common examples?

Emily Stewart: So dark patterns are design tactics that companies use to push users in certain directions. Say, when you sign up for a free trial and you don’t notice that there’s a box already checked that says you’re going to renew at a charge. Or there’s a pop-up ad on a website, where I can’t find that little X to close out the ad. And so, in online shopping, this appears in a lot of places, big and small. You mentioned before countdown clocks, where you get to checkout and it says you have 10 more minutes, and it turns out a lot of the time you don’t have 10 more minutes, you have a lot more time. When you see low stock count saying that a certain number of hotel rooms or shoes, or whatever you’re buying, are only available and they’re going to run out.

Stewart: Yes, sometimes that’s false. Sometimes a lot of this stuff is false. I think that is the headline here. I mean, I fall for this stuff all the time. But most of the time, there very well are not three people looking at the same vacation packages as you. So there are all sorts of ways that basically companies and sellers use to kind of make us feel that there’s a sense of urgency, that there’s a sense of scarcity around the things that we want to buy in an attempt to get us to buy more and faster.

Khrais: Totally. That leads me into my next question, which is, why are these tactics so powerful? What is it about them that really plays into our human instincts?

Stewart: So, these kind of get into our cognitive biases or tendencies in our thinking that don’t exactly add up with logic or objective reasoning. So basically, these tactics kind of play into our own fears and the ways that we think. When we feel like something is scarce or when we feel like something’s going to run out, we feel like something is urgent. Another one in this category is “social proof.” We tend to trust if other people have done this, if other people have bought this thing, if people we know like this thing. We trust other people’s opinions. We also like to feel like we’re getting a deal, that we are getting some real value. There’s a reason that Amazon Prime Day is very effective. Even if you’re not necessarily getting the best price on Amazon Prime Day, and there might be another day when an item is actually cheaper. But we like to feel like we’re getting a deal, and like we’re getting a deal that might run out. That makes us nervous, so we buy.

Khrais: And the review thing is so real. The other day, I was trying to buy a shoe rack, and I really liked this one shoe rack, but it only had three reviews. I was like no, I’m not buying it. So, the big question now, how are online retailers able to get away with this?

Stewart: Every expert I spoke to for the recent story basically said there is not a whole lot being done. One person I talked to said, “Listen, the [Federal Trade Commission] is supposed to be looking at this stuff. The FTC says it’s looking at this stuff, but they have limited resources.” And a lot of people I talked to said, “The risk is low here, and if you do get caught, maybe you’ll get slapped with a fine.” But if you’re making a bunch of money by making people think that there are only two hotel rooms left, there’s plenty of incentive to use these sorts of tactics, and companies do. I mean, I was shocked when reporting for this and looking at the different tools that are available, and the companies that create these tools are pretty open that the low stock counter can be real or created inventory, as in you can make it up.

Khrais: Wow, that surprised me the most. But, like, surely there are some lines they can’t cross, right?

Stewart: Yeah. I mean, one person told me, and I think this is a funny quote, “Fake pricing is illegal most places. Fake scarcity is not very illegal.” I obviously can’t make up prices, but it’s really a fine line here in terms of what’s allowed and what’s not. Like I said before, a lot of it is who’s really enforcing this stuff? What agency has the time to go and track a lot of this information down?

Khrais: So, then it sounds like it really is on the consumer to be more careful rather than the business being more ethical. So, with that reality, what are some strategies and tips for how we as consumers can be more mindful of these so-called dark patterns?

Stewart: I think the first thing to note here is that this stuff is hard. Most people don’t have time. When you’re online shopping, you’re not sitting there thinking if every little trick or little design thing on the website is meant to make you buy more, buy something quicker, right? So, I think, No. 1 is that it is difficult, and it is easy to forget. That being said, just like you shouldn’t go to the grocery store hungry, you shouldn’t shop online when you’re in a really big hurry. If you have the time, put something in your cart, let it sit there for a day, decide if you still need it or if you still want it. One person I talked to said, and this seems really obvious, but he was like, “Don’t shop drunk.” He said you’d be shocked at how many people do a lot of e-commerce shopping on Friday and Saturday nights because they get home from the bar and they want to buy some things. So, I do think that there is a sense of you want to really do your homework if you can, but I do think kind of ultimately here, the thing about these tricks is that they work. If they didn’t, marketers wouldn’t use them. And there’s only so much you can do. I will most certainly fall for the scarcity thing and the low stock count until the day that I die.

Khrais: I mean, same, but basically, you’re saying we should just chill, which I will try to do next time when I need to buy a rug.

There’s a lot happening in the world.  Through it all, Marketplace is here for you.

You rely on Marketplace to break down the world’s events and tell you how it affects you in a fact-based, approachable way. We rely on your financial support to keep making that possible.

Your donation today powers the independent journalism that you rely on. For just $5/month, you can help sustain Marketplace so we can keep reporting on the things that matter to you.