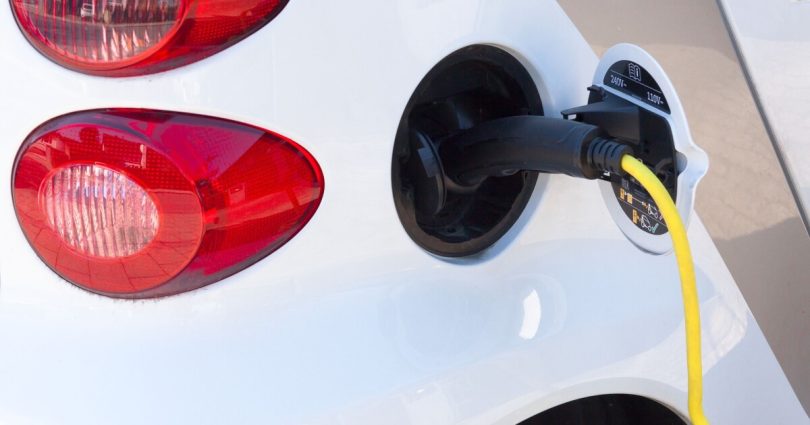 Michigan needs more money for road repair than it gets in fuel taxes and registration fees. There’s been little agreement among lawmakers about how to fix that.

Both state and federal fuel tax revenue is not what it could be. More efficient vehicles don’t burn as much gas. The COVID pandemic reduced traffic on the roads.

But, as my colleague Steve Carmody recently reported, there’s been some finger-pointing at drivers of electric vehicles who don’t pay fuel taxes at the pump.

Some associations representing local governments and business groups are worried about electric vehicles, which don’t use fuel and therefore don’t pay taxes levied on gasoline and diesel.

The groups commissioned a study titled, “The Impact of Electric Vehicle Adoption on Road Funding in Michigan” to look at the loss of road funds.

The Anderson Economic Group compiled that study. At a news conference last week, CEO Patrick Anderson said the study estimated by 2030, a quarter of all vehicles sold would be electric vehicles.

“We can’t afford to have 25% of the drivers avoiding the road taxes paid by others. If we fail to make policy changes soon, we’ll be unable to maintain our roads,” he said.

We should clarify: if 25% of the vehicles sold in 2030 are electric, that does not mean 25% of all vehicles on the road are electric. But that day is coming.

Nearly everyone agrees that electric vehicles should contribute their fair share to maintaining roads.

Anderson outlined some ways that can happen.

“Flat registration fees. Right now, the amount that’s paid for a battery electric vehicle is not sufficient. Mileage based user fees; per kilowatt hour fees; miles at registration; toll roads or selected toll roads. These are all options that are out there,” he said.

That last option, toll roads, is not likely to fly in Michigan, although it’s being studied. See this Bridge Michigan article for more insights into that.

In 2019, the Ecology Center issued a report on taxing electric vehicles. Charles Griffith is a co-author of “Paying Their Fair Share: The Problem with Michigan’s EV Road Funding Fees and Potential Solutions.”

He does favor one of the options Anderson mentioned.

“We have actually proposed a VMT (vehicle miles traveled) based EV (electric vehicle) fee that would take into account, and this is important, the fuel efficiency of the vehicle,” Griffith said.

Heavier, less efficient vehicles would have to pay more.

How to assess those taxes would have to be worked out, although the Michigan Council on Future Mobility and Electrification has proposed a way in this 2021 report.

“Today, EV drivers are just paying one lump fee regardless of how much they travel on the roads,” he said.

An expert on energy issues has other ideas.

John DeCicco is a University of Michigan research professor emeritus. He said gas and diesel vehicles paying taxes at the pump during each visit spread out the tax cost throughout the year. Increasing the current annual registration fees on e-vehicles with a once a year charge could be a shockingly big bill.

He favors a method that allows electric vehicles to also pay as they go.

“In the long run, there’s going to be a need to recover the road user fee deficit related to electric vehicles from a fee on charging,” he said.

DeCicco said a tax could be assessed at a public charging station or at a home charging station because they behave like smart meters. They can determine how much electricity is used for the vehicle, and that tax — like other taxes already are — could be added to the monthly power utility bill.

Both Griffith and DeCicco dispute that electric vehicles are causing a road funding shortage right now. They agree it will be a problem years in the future and the State of Michigan needs to find a fair solution.

One of the things that seems to be missing in the discussion is what the economists call externalities. Gas and diesel vehicles pollute and emit greenhouse gases. There are costs to society in health care and damage from climate change. The advantage of electric vehicles — especially if they’re powered by renewable energy — is that those costs to society could end.