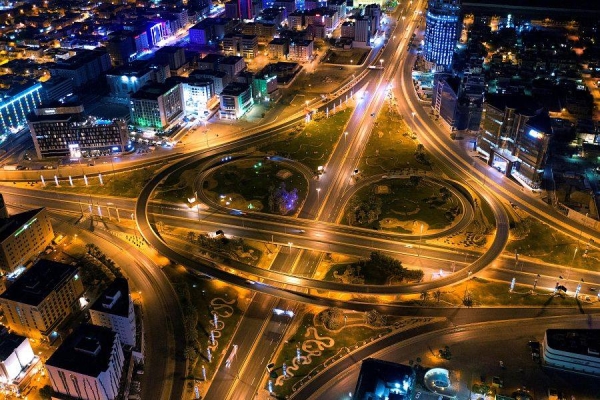 RIYADH — The development system in Saudi Arabia, represented by the National Development Fund and its affiliated development funds and banks, had approved more than SR111 billion in financing to stimulate the local economy during 2022.

The development system had launched, in accordance with the report from the National Development Fund, the business of the Small and Medium Enterprises Bank, which in turn revealed 6 financing products that meet the market’s requirements.

The Fund has also issued its approval on establishing the Saudi Industrial Development Fund (SIDF), which is keen in attracting local and international investors.

The system has signed financing agreements with NEOM company for green hydrogen to establish the largest green hydrogen production plant in the world to serve the goals of sustainability and green development.

The SIDF has provided strategic development funding to establish the first Saudi brand for electric cars, and empower it to enter and compete in this growing sector.

The total approved loans for the Fund’s clients exceeded SR14 billion in 2022, for more than 100 projects in the sectors of mining, energy, industry and logistic services.

On the other side, the Tourism Development Fund has launched during the Q4, the Tourism Hospitality Program “Awn”.

The program aims in supporting new establishments, develop and renovate existing establishments in its ambitious tourism projects, and that by benefiting from the Fund’s flexible financing solutions, with allocations amounting to SR10 million, with repayment a period extending 10 years.

With regards agricultural development and food security, the Agricultural Development Fund’s (ADF) board of directors had approved to provide loans in the Q4 of 2022, with more than SR950 million.

These included various development loans for small farmers and breeders. This was alongside with investment financing in the poultry and other sectors, bringing the total approved loans during the year to more than SR6.3 billion.

The Social Development Bank (SDB) has signed a cooperation agreement with the National Technology Development Program to finance the technology sector through the Lendtech initiative, which aims to support micro, small and medium technology companies.

The number of the bank’s beneficiaries during 2022 has exceeded 63,000 individuals, and 8,600 establishments with a financing value of SR13 billion, in order to increase the percentage of home ownership to 70% by 2030, and also to provide sustainable housing and financing solutions.

It is noteworthy that the value of real estate loans supported by the Real Estate Development Fund (REDF) during 2022, exceeded SR72 billion, which the Fund approved in partnership with financing agencies.