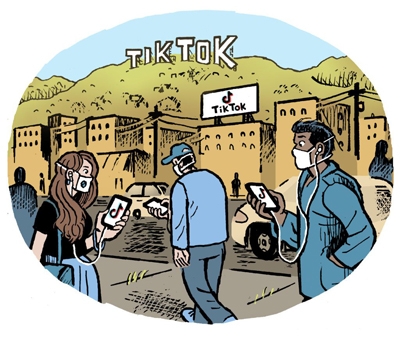 Most ad tech companies reported average or subpar quarterly earnings, and more than one of them are pointing the finger at current macroeconomics.

But DoubleVerify is expanding its brand safety tech to new areas, from retail media to gaming to Twitch, TikTok and Reddit. These new sources of revenue growth contributed to its stock surging 4% in after-hours trading Wednesday afternoon. The company upped its guidance for the rest of the year to a projected 35% total revenue growth.

CEO Mark Zagorski says the company’s growth is due to both its revenue diversification into new types of advertising and its market position in the verification space, both of which make DoubleVerify “largely agnostic to shifts in ad spend and CPM volatility.”

(DoubleVerify considers activation and measurement as buy-side revenue, whereas supply-side revenue comes from tools publishers use to verify their inventory.)

Growth of its activation biz alone, which deals in brand safety products, is up 60% year over year to $60 million.

Specifically, DV attributes its activation growth its two best-performing tools: Custom Contextual, which grew over 200% in revenue, and Authentic Brand Suitability (ABS), which increased its advertiser client base by 20%, said CFO Nicola Allais.

In comparison, revenue attributed to measurement grew 23%, and supply-side rose 49% year over year. A big proportion of supply-side growth was thanks to DoubleVerify’s recent acquisition of OpenSlate, a video verification and workflow automation company that brought in about $15 million in revenue for DV in Q2.

“We’re continuing to scale our retail media networks, which are fast becoming the advertising venue of choice for outcome-driven brands,” Zagorski said, adding that retail media-driven growth for DoubleVerify spanned all three of its revenue lines.

DoubleVerify also announced a “significant expansion” into the gaming sector: a partnership with Twitch. It’s currently testing a tool to identify brand-suitable content in livestreams, which is currently in beta.

The ad verification titan also made new moves on Reddit and TikTok during Q2, the former with an exclusive measurement verification partnership, and the latter with new brand safety and suitability tools that grew its advertiser client base by 42%.

DoubleVerify alluded to more M&A in the near future, and interest in the attention economy.

“We ended the quarter with $224 million of cash on hand, with zero long-term debt,” Allais said. Decreasing valuations throughout the rest of the economy “provide opportunities to accelerate long-term growth through strategic investments – including M&A – that will advance our product and technology roadmap.”

Attention metrics are still somewhat elusive because they lack scale, but because DoubleVerify is leaning into performance marketers’ demands, it hears the rally cries for attention metrics.

Its latest attention measurement product, DV Authentic Attention Snapshot, will launch later this month and allow clients to track attention against benchmark KPIs across omnichannel campaigns.  The product will include the ability to make optimizations mid-flight.

“Even though the dollars are small and the days are early, attention has an incredible amount of potential,” he said, making it an area of focus as the brand safety brand expands.