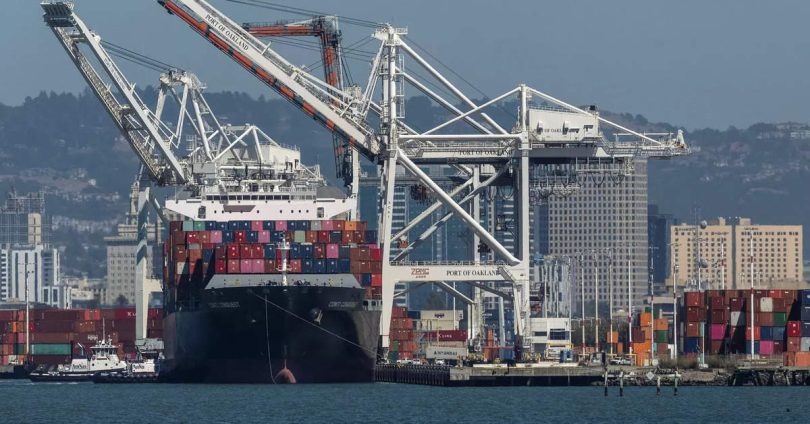 NEW DELHI: Cash-strapped Dredging Corporation of India Ltd (DCI) has sought financial assistance of as much as Rs 300 crore from government-owned major port authorities to meet working capital needs, including paying dues of oil companies, Chairman K Rama Mohana Rao has said, as the dredging contractor moves to set its house in order after intense internal infighting and power struggle that has roiled the company for months.

DCI needs some Rs 300 crore to pay dues of oil companies, settle other liabilities, including paying off Dutch dredging contractor Van Oord India Pvt Ltd for the subcontracting work it has done on behalf of the firm at Jawaharlal Nehru port and the money DCI has received from clients but has not paid to its contractors, Rao told ET Infra on Monday.

The dire liquidity position has led to delays in payment of salaries to employees during the last two months, a first in the 45-year history of the organisation.

DCI has also sought the backing of the Ministry of Ports, Shipping and Waterways to increase the fuel escalation factor in its dredging contracts with major port authorities to “mitigate” the additional financial burden arising from the spurt in oil prices.

Fuel costs account for more than half of the contract value in all dredging works.

Due to sharp escalation in fuel price, the fuel variation formula adopted for dredging contracts with major ports “was not sufficient enough to compensate the actual fuel price incurred in running the dredgers”, Rao said, noting that it has become necessary to review the effectiveness of the fuel factor.

DCI has urged the major port authorities to amend the fuel variation clause to help raise the fuel factor to 0.5 per cent from 0.2 per cent, 0.25 per cent and 0.28 per cent adopted by major ports.

The new matrix will help us get a higher price, Rao pointed out.

In a huge embarrassment to the government, Van Oord India filed a petition in the National Company Law Tribunal (NCLT) last September seeking to recover unpaid dues of Rs 93.12 crore from DCI for the subcontracting work it had undertaken at Jawaharlal Nehru port.

“I have asked my officers to go through all the reports to find out whether anything suspicious and substantial is there in the Van Oord contract or not and on what grounds Victor went to CBI, to avoid scope for allegations. I am very clear we have to pay that money to Van Oord. If there is nothing, we will ask Van Oord to settle it and come out of NCLT,” Rao stated.

Following a flurry of complaints alleging that he faked his qualification and experience for the job and after an internal inquiry by the Chief Vigilance Officer, the firm’s managing director and chief executive officer, G Y V Victor, was suspended on 13 July.

On 5 July, Victor issued an order suspending Aswini Sreekanth, the firm’s Company Secretary, citing disciplinary proceedings being contemplated against him.

“The chargesheet is in the final stages and will be served on Victor in the next 2-3 days,” Rao said, adding that Victor will be given an opportunity to explain his stand on the alleged charges to the inquiry officer appointed for the task.

Rao also said that he has set up a three-member panel to inquire and fix responsibility on officers who scrutinised the qualification and work experience documents submitted by Victor while applying for the role of MD and CEO and for forwarding the “wrong documents” to the Search and Selection Committee that interviewed and picked Victor for the job.

While Victor submitted all the relevant documents to back his candidature, it is felt that the “oversight” happened when they were scrutinised for veracity and compliance. Those who scrutinised the documents, allegedly overlooked the fact that Victor was short on some of the work experience criteria written into the job advertisement, an official said.

The three-member committee will inquire into the scrutiny details, why the officers responsible for the scrutiny “could not or did not see the gaps, where it went wrong, who are at fault for not scrutinising the documents properly and for putting up wrong documents before the Search and Selection panel”.

“Something somewhere has gone wrong. This has to be inquired into, and responsibility must be fixed,” Rao said.

The DCI Chairman rejected allegations that the stand-in MD and CEO, Captain S Divakar, is facing a vigilance inquiry and is not qualified for the job.

“Captain Divakar is the senior most person available and some people say he is facing vigilance enquiry. He is not. I have asked the Vigilance Department also, whether any vigilance enquiry is pending, they said no,” Rao emphasised.

DCI has increasingly been referred to as a “commission agent” within the dredging industry for securing contracts from major port authorities on a so-called “nomination basis” (with a tender) and then sub-contracting a part or the entire work to a third party.

“You need to have adequate equipment and machinery to undertake the work. We don’t. So, we have no option but to subcontract the work,” he conceded.

DCI will scrap a dredger – the second in recent times – as it was operating at less than half of its designed capacity. The dredger, built at State-run Mazagon Dock Shipbuilders Ltd, had a manufacturing defect right from the time it started operations.

DCI incurs Rs 1 lakh a day if this dredger is left to idle and if it is employed, the loss is as much as Rs 36 crore a year.

“Instead of maintaining loss-making equipment, we are planning to dispose it,” Rao said.

DCI will open an office in Ahmedabad to monitor the Mangrol fishing harbour project.

Rao said that he has instructed the Finance Department to pursue and quickly realise the pending dues from major ports.

Rao added that he had taken up the task of motivating the employees, urging them to work hard to ensure the organisation survives and “not to fight with each other”.