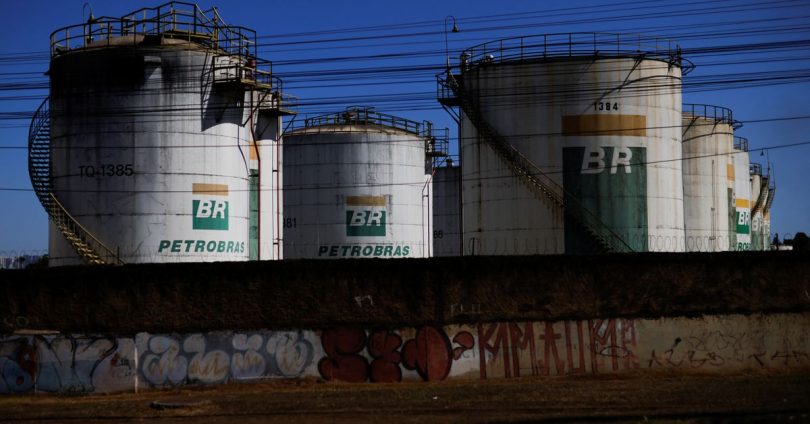 A general view of the tanks of Brazil’s state-run Petrobras oil company following the announcement of updated fuel prices at at the Brazilian oil company Petrobras in Brasilia, Brazil June 17, 2022. REUTERS/Ueslei Marcelino

Oil and gas firms, including state-controlled giants in Latin America, accounted for more than two-fifths of the growth in dividend payments in the three months to end-June, according to fund manager Janus Henderson’s latest global dividend report.

Banks freed from pandemic-era restrictions on dividends were behind a similar share of the growth in payouts, while consumer firms such as automotive manufacturers also shelled out more.

In total, global dividend payments reached $544.8 billion in the second quarter, Janus Henderson calculated, up 11.3% on a headline basis year-on-year after companies slashed dividends during the COVID-19 pandemic.

The payouts highlight how stellar a year companies enjoyed in 2021 as economies recovered, and how well corporate profitability has held up this year even as households are plunged into a cost-of-living crisis as inflation soars and fears of a global recession mount.

“What we’ve seen is companies have generally come back to paying dividends much more quickly perhaps than some commentators thought they would, because earnings have been better,” said Ben Lofthouse, Janus Henderson’s head of global equity income.

The jump in dividends is good news for shareholders such as pension funds, he added, especially in light of the plunge in markets this year.

While the post-pandemic rebound in dividends has been faster than expected, the outlook is not as rosy as economies slow and corporate margins are slashed.

UK dividends leapt 29.3% year-on-year in the second quarter as payouts from commodity producers and banks surged, while high commodity prices drove emerging markets dividends 22.5% higher to a new record. Emerging markets beat all other regions for the first time since 2015.

Despite energy companies reporting soaring profits, their dividend payouts have been higher in previous commodity booms, and the Janus Henderson data does not capture money handed to shareholders through stock buybacks. read more

With major economies now heading for significant slowdowns, there are concerns about investors’ reliance on energy industries for dividend growth.

The scale of recent dividend payouts could also trigger more calls for windfall taxes on oil and gas profits, although analysts say that bigger dividend payments are a boost to the many pension funds that own energy shares. read more

“We would say that companies paying out dividends to shareholders is preferable from an environmental sustainability view than reinvesting into new oil and gas production that contributes to yet further global warming,” said Mike Coffin at Carbon Tracker, a financial think-tank.