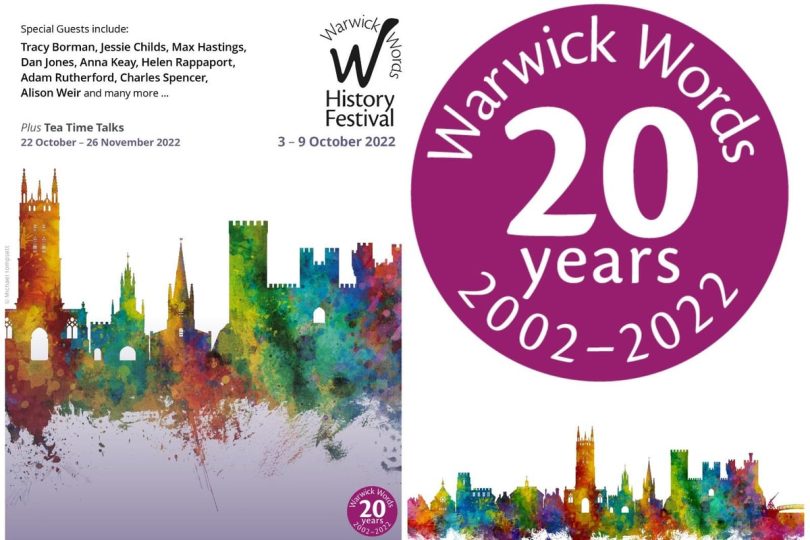 The Warwick Words Festival will be returning for its 20th year next month and it boasts a programme full of events.

Here’s some of the line-up, including events touching on topics such a eugenics, fairy tales and Victorians:

~ In Control: The Dark History and Troubling Present of Eugenics on October 6

Geneticist Adam Rutherford explores the science, history and future of eugenics, and the practice of population control by selective procreation.

He traces the eugenics movement from its origin in Darwinian evolutionary theory, through its embrace by suffragists, feminists, philosophers and Nobel prize-winners to the Third Reich and its policies that forged the path to the gates of Auschwitz.

~ In The Fairy Tellers: A Journey into the Secret History of Fairy Tales on October 6

Award-winning travel writer Nicholas Jubber explores the origins of fairy tales: the people who told them, the landscapes and cultures that formed them, the complicated relationship between Western civilisation and the ‘Eastern’ cultures from which the tales are borrowed.

~ A History of Delusions: A Glass King, a Substitute Husband, and a Walking Corpse on October 7

Victoria Shepherd uncovers stories of delusions from medieval times to the present and goes beyond formal, detached accounts by physicians to glimpse the human beings whose lives were unravelling.

In the course of her exploration, Victoria Shepherd adds historical context to each subject’s story, speculating how wartime traumas, technological advances, and religious persecution could have influenced the nature of their delusions.

Historian John Woolf shows that black people were visible, present and influential in the Victorian era, not temporary presences but established and rooted as he explores and celebrates their lives.

He tells stories of empowerment alongside those of exploitation in a diverse Britain, populated by people of colour and marks their achievements both ordinary and extraordinary.

Best selling historian and TV presenter Dan Jones returns to the festival with his historical fiction debut Essex Dogs, the first instalment in a new trilogy set during the Hundred Years’ War.

Dan Jones shows the stark reality of medieval war – not only the experience of those who fight, but the interests of scheming merchants, renegade priests, calculating aristocrats and the ordinary people caught in the conflict.

The Festival programme also includes a new series of Tea Time Talks, in association with the University of Warwick, a Study Day and In and Around Warwick events.

“Events run throughout the day and we are looking forward to welcoming familiar and new faces in our audience. All tickets are selling well – book now to avoid disappointment.”

Warwick Words History Festival runs from October 3 to 9 at various venues in the town.

Tickets for all events are now on sale either online, www.warwickwords.co.uk or by telephoning the Box Office 01926 33 44 18, or in person at Leamington and Warwick Visitor Information Centres.

Tickets can be purchased at the event subject to availability.