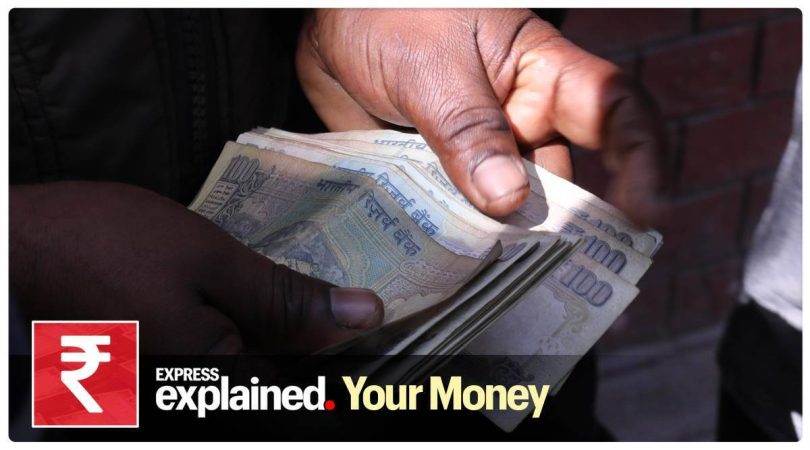 The benchmark Sensex at the Bombay Stock Exchange rose 1,041 points, or 1.87% on Thursday to close at a near three-month high of 56,857. The Sensex has recovered by over 6.3% over the last 10 trading sessions, and over 11.5% in the last six weeks, since it hit a 14-month low of 50,921 on June 17. While this has lifted overall investor sentiment, experts say that since concerns remain around inflation, geopolitical risks and recession fears amid aggressive tightening by central banks (including in the US), the equity markets may continue to be volatile in the near term, and investors should not venture into them for quick, short-term gains.

Why has it risen?

Thursday’s 1,000-point rally came even as the US Federal Reserve announced a 75-basis-point hike in interest rates on Wednesday. The markets took this positively, having anticipated a possible hike of 100 bps a week ago.

Indian markets have performed better over the last one month as oil prices softened on account of recession fears in the US and lower growth expectations in China. Fund outflow by foreign portfolio investors from Indian equities — an aggregate of Rs 2.55 lakh crore between October 2021 and June 2022 (a monthly average of Rs 28,431 crore) — reduced in July to only Rs 1,462 crore, providing stability to the markets.

A report by Credit Suisse noted that while developed market equities ticked higher on scaled-back expectations of rate hikes, emerging markets declined following recession fears, except India, “which benefited from improved sentiment following a fall in oil prices”. “We are less concerned about India’s macro fundamentals, but more about global headwinds, which could weigh on equity markets in the near term. Nevertheless, our medium-term outlook for Indian equities is still positive, and any sharp corrections could be a good buying opportunity,” said the report, prepared by Jitendra Gohil and Premal Kamdar.

Another factor is an improved outlook on inflation and expected rate hikes. A report by Bank of Baroda noted, “Aggressive rate hikes by Fed are feeding expectations that the RBI may also front load its rate hikes. However, conditions in India do not warrant an aggressive stance by RBI. This is because domestic inflationary pressures have shown signs of stabilization… Further, risks to the inflation outlook have subsided… Hence, we expect that RBI may hike rates by only 25bps in Aug’22, followed by another 25bps rate hikes in the next two meetings.”

How has the Indian market performed compared to others?

Over the last six weeks, the Sensex with a return of 10.5% has been one of the best performers among key indices across the world. The Dow Jones Industrial in the US and Nikkei 225 in Japan come closest with returns of 7.7% and 7.1% respectively. In fact Shanghai Composite in China and Hang Seng in Hong Kong have generated negative returns of –1% and –2.1% respectively.

Sectorally, capital goods, consumer durables, FMCG, Banking and auto indices at BSE have risen between 14% and 17% over the last six weeks, while indices such as IT, healthcare, metal and oil & gas have seen lower growth, between 6% and 9%.

What should you expect?

Brent crude prices, which were hovering over $110 per barrel a month ago, came down to under $100 last week. This has come as a big comfort for the Indian economy, which depends mostly on imports for its energy requirements. While Brent crude is currently trading at around $103 per barrel, experts feel that fears of recession in the US and lower growth in China may keep oil prices under check even as the geopolitical risks remain.

Softening in global crude oil prices has also led to a decline in inflation expectations. But it is not as if all concerns have gone. The sharp rise in interest rates following the rate hikes by the Reserve Bank of India not only poses a threat to demand in the economy, but could also dampen earnings growth for companies over the next couple of quarters.

As markets may remain volatile, experts feel investors should not enter the market to benefit from the current rise. “There are multiple factors at play in the markets at this time and the markets can go either way depending upon the factor at play. One should only enter the market with at least a three-year horizon as this is not the market for short-term gains,” said the CEO of a mutual fund.

“Geopolitical risks and recession fears amid aggressive tightening by major central banks are key headwinds that could lead to heightened volatility in the near term. Against this backdrop, some caution and risk management are warranted as India’s valuation premium is still elevated. Thus, we would remain defensive in the near term and prefer companies with high domestic exposure,” the Credit Suisse report said.

“Our preferred sectors in the near term include financials, healthcare, autos, and FMCG. Beyond the near term, we see several structurally positive investment opportunities in areas such as staffing, entertainment, chemicals, real estate, and defense,” it said.