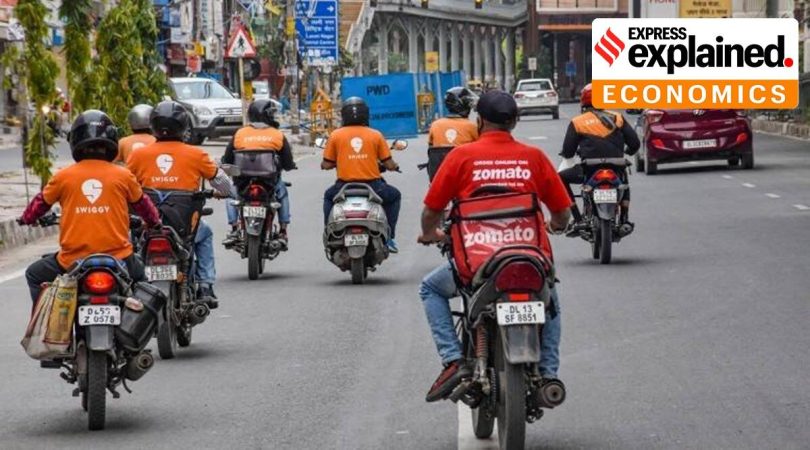 Food delivery start-up Swiggy recently announced an “industry-first” policy of allowing its employees to take up gigs or projects outside of their regular employment at the company, during the hours away from work. Swiggy calls these new norms the “moonlighting” policy.

Moonlighting is the act of working at an extra job beyond regular working hours, usually without the knowledge of the employer. Since the side job was mostly at nighttime or on weekends, it was referred to as moonlighting. The term gained popularity when workers in the US started seeking a second job beyond their regular 9-to-5 work for additional income.

Moonlighting as an issue has been controversial, and seemingly commenting on the new Swiggy policy, Wipro chairman Rishad Premji tweeted on August 22, “There is a lot of chatter about people moonlighting in the tech industry. This is cheating – plain and simple.”

In a blog post on August 3, Swiggy said that along with a full-time job at Swiggy, employees will be allowed to pick up additional projects outside work and the company will support them. For this purpose, the gigs or temporary work will be categorised.

“The projects have been divided into two buckets A & B. List A projects are highly-sensitive, leveraging professional know-how. List B are projects that fall under the space of interests and hobbies, that are non-professional in nature,” said Yamini Koganti in the blog, an HR professional who helped develop the policy at Swiggy.

According to the policy, projects that are picked up for economic consideration and/or fall under List A will need to be declared by the employee, and they can be taken up only if they are approved by Swiggy.

“Any project or activity that is taken up outside office hours or on the weekend, without affecting productivity, and does not have a conflict of interest, can be picked up by the employees. The employee will have to declare a few necessary details so that the team can greenlight the project,” she said. For example, an employee involved in Data Science at Swiggy said she will work on an outside project on enabling a smart spaces platform based on Internet of Things intelligence.

Explaining the reasoning behind the policy, Koganti said, “I remember Dale Vaz (CTO, Swiggy) telling me how moonlighting projects have existed for long and that it’s time we embrace and enable them to make it a win-win. The next step will be to see if this will enable productivity and creativity for our employees”.

Why do people moonlight, and is it legal?

The main reason for going above and beyond an existing job is earning more money. Additionally, working in a different role can allow a person to develop new skills, explore related domains and connect with more people.

But employers are suspicious of this practice often because it can mean that a worker may not give their organisation the time it needs, and not give any extra time to either organisation. Holidays and time-off are also meant to rest a worker and improve their efficiency, but taking on another job could make this difficult.

In India, private companies usually do not allow holding multiple jobs. Shops and Establishment Acts of various states restrict double employment as well but vary in application especially when it comes to highly-specialised industries.

In the last two years, coronavirus-induced lockdowns increased the tendency to moonlight among workers in certain industries. This was because apart from financial insecurity at the time, working from home allowed a few categories of workers to get more work done, freeing up time for a second job. The gig economy concept has gained greater legitimacy in recent years, too.

It was recently reported in a Kotak Institutional Equities survey of 400 people across the IT and ITeS space, that 65 per cent of people knew of those pursuing part-time opportunities or moonlighting while working from home.

In an article in The Wall Street Journal, it was detailed how some IT workers, in particular, made use of this opportunity by doing the bare minimum at their jobs to juggle multiple responsibilities.

Even though double employment is not banned in the US, many workers kept their second job discreet; some were fired when found out.

A website called Overemployed was also launched by an American worker for giving tips about managing two jobs and having community discussions around the topic with others planning on doing the same, even as the ethics of secretly taking another job were being debated.