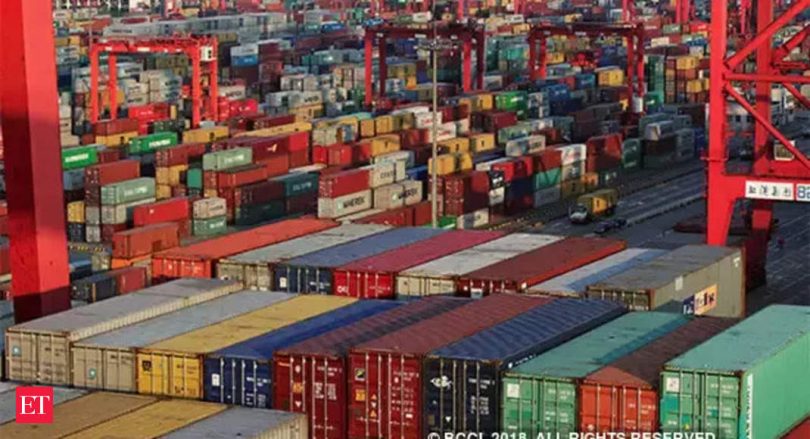 Withdrawal of EU Generalised System of Preferences (GSP) for certain sectors, goods and services tax on ocean freight, export duty on stainless steel, longer period of realization and repatriation of export proceeds, and a demand slowdown in China and the US are some concerns exporters flagged with the government amid slowing growth of merchandise shipments.

India’s goods exports growth has slowed to low single digits in the second quarter of FY23 and a contraction is expected in October and November.

Exporters have said India’s exports of plastics, stone, machinery and mechanical appliances worth $7.9 billion to the EU will no longer be eligible for low or zero-duty concessions from January 2023. They have also sought the benefits of the Refund of Duties and Taxes on Exported Products (RoDTEP) scheme to be extended to pharmaceuticals, chemicals and steel products as they’re excluded at present.

Steel is a key input in engineering goods whose exports shrank 10.85% on-year in September.

“Engineering exports have been declining for the last two months because of the Russia-Ukraine crisis, and gas crisis in the EU. Export duty on certain steel products, and GST on ocean and air freight are also adding to the challenges,” said Engineering Export Promotion Council India chairman Arun Kumar Garodia.

The issues were raised at a meeting that commerce and industry minister Piyush Goyal had with export promotion councils on Monday.

Citing low global liquidity, the Federation of Indian Export Organisations pitched for a longer period of realization and repatriation of export proceeds which is nine months at present. The longer period can be used as a marketing tool to push exports, it said.

The gems and jewellery sector highlighted the issue of constrained supply of gold due to various compliances while chemical exporters sought RoDTEP benefits.

Sources said that rising imports of raw materials and intermediates from China but slow growth in exports from India to China and the US were discussed besides restating e-visas for tourists from the UK and Canada.