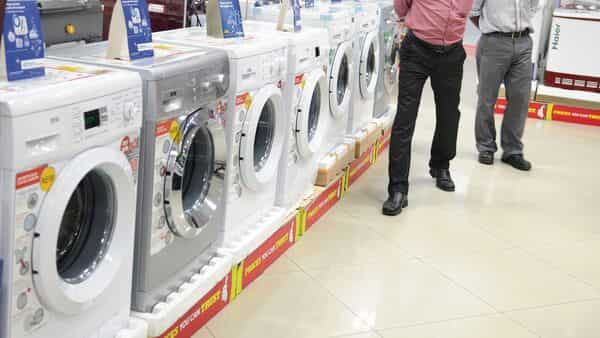 The recently-concluded festive season has been somewhat chaotic for consumer durables and appliances manufacturers. No two companies agree on the performance of the sector. Some companies reported a rise both in sales volumes and value. A few said only premium products sold and growth was mild. Yet others complained that only certain categories saw a pick-up in demand, and air conditioners and refrigerators were not part of the story. The signals sent out by companies and analysts are too diverse to draw any conclusions on whether the market for consumer durables, appliances and smartphones was buoyant or not. It probably has been a mixed bag.

“I think, sales in some segments would have been muted, some would have contracted and some have grown disproportionately. That is the context of the environment,” said Saurabh Baishakhia, president, appliances, Usha International, which manufactures food processors, microwave ovens, blenders, irons water heaters, and more.

Despite better sales, Baishakhia said growth was “sober”. Volume growth remained in single digits. Though value growth was in double digits, it was more on account of inflation-driven price increases taken by the company, he said. Typically, October witnesses a big spike in sales as consumer sentiment is boosted by festive demand. As people return to office and indulge in serious socialising, the company’s fabric care segment, including dry and steam irons as well as water heaters, did well. “Both gifting segment and home comfort category lifted sales, but the growth was not exceptional given that we have experienced 20-30% jump earlier,” he added.

Companies are calculating sales growth differently giving rise to muddled signals, he said. While some are comparing sales of October this year to last year, others are looking at the quarter. “Last year Diwali was in November, so such comparisons are not precise or like-to-like,” he said. However, Bengaluru-based retail tech platform Arzooo, which offers logistics and supply chain support services to offline electronics stores in smaller towns, said televisions, washing machines and refrigerators saw tremendous growth in sales. Unlike some retail chains that complained of poor offtake of refrigerators, Arzooo’s co-founder and chief executive officer Khushnud Khan said retailers on his platform saw brisk sales in the category despite winters setting in. Khan, who quit Flipkart to set up his own startup in 2018, said Arzooo offers virtual inventory solutions for electronics retailers in tier 2 and below towns, that are unable to compete with product selection and prices of white goods offered by large online marketplaces. The platform offers small electronics retailers access to extensive digital inventories across brands and product categories which he need not stock to sell. Arzooo claimed to have 30,000 small retailers on its platform. According to the company data for the festive season, cities in the western part of the country recorded the maximum growth in sales of consumer durables led by Ahmednagar, Udaipur, and Dhule, followed by the eastern  region—Hooghly, Guwahati, Gaya, Bhuwaneshwar and Bhojpur. In north India, Indore, Bhopal, Gurdaspur, Kurukshetra, and Moga performed well. Khan said tier-2 and below cities represent the potentially untapped markets with pent-up demand. A noticeable trend was a rise in the purchase of smart TVs, and it is no longer just for metro cities. “Demand for smart TVs has come even from tier 4 towns,” Khan said.

In an earlier interview to Mint, electronics retail chain Vijay Sales said it saw both volumes and value growth this year over 2021. Consumers bought larger TV sets, microwaves, mobile phones and laptops. Both entry-level and premium electronics and home appliance sales saw a jump, it added.

Samsung, too, projected a 45% year-on-year growth during the festive season sales and 80% growth in the premium segment. Demand for premium TVs grew by more than 100%, it said, Soundbars grew by 3x. According to CyberMedia Research, costlier smartphones did much better. Uber-premium 5G smartphone segment ( ₹1,00,000) grew 170% from the year ago in the September quarter. Shipments for premium smartphones ( ₹25,000-50,000) and the super-premium smartphones ( ₹50,000-1 lakh), grew by 9% and 39%  from the year earlier, respectively.