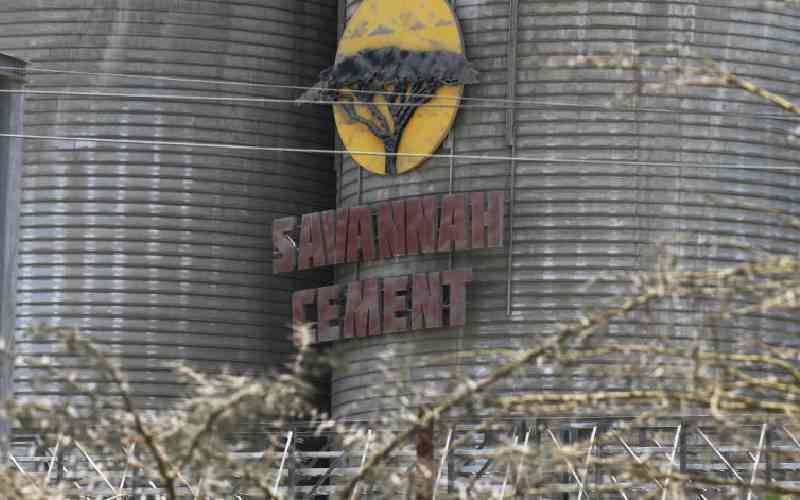 A Mauritian firm has received regulatory approvals to acquire a majority stake in troubled Savannah Cement.

The Comesa Competition Commission has approved the acquisition of a 60 per cent stake in Savannah Cement by Barak Asset Recovery from Seruji Ltd. This is as Barak tries to recover a loan it had advanced to Seruji, according to disclosures the companies made to the regional competition watchdog.

Savannah Cement is in the red, with the firm falling behind on loan repayments to two local lenders that have in the recent past threatened to liquidate its assets to recover their money.

In acquiring the cement manufacturer, the  Comesa Commission said, Barak “is desirous of turning around Savannah Cement and recovering the money that it lent to the seller.”

“The acquirer believes that it has necessary skills, expertise and competence to turn around the business of Savannah Cement and bring it back to profitability,” said the Commission in a determination approving the acquisition.

“In view of the current financial distress of Savannah Cement, the acquirer is in the process of formulating a restructuring plan with a view of allowing the acquirer to bring the company back to profitability.”

Savannah Cement is currently fighting it out with KCB and Absa, with the two lenders seeking to liquidate the firm’s assets after Savannah defaulted on loan repayments.

The banks had been allowed by the High Court to seize Savannah’s assets, but the manufacturer got a temporary order blocking the seizure of its assets or appointment of an administrator or liquidator by the banks until the determination of a review that the company has filed in court.

Savannah Cement started operations in 2012 and was able to gain market share fast, controlling 15 per cent of the market by 2016.

It has, however, been slowed down in recent years by financial challenges, with a market share of about 10 per cent.