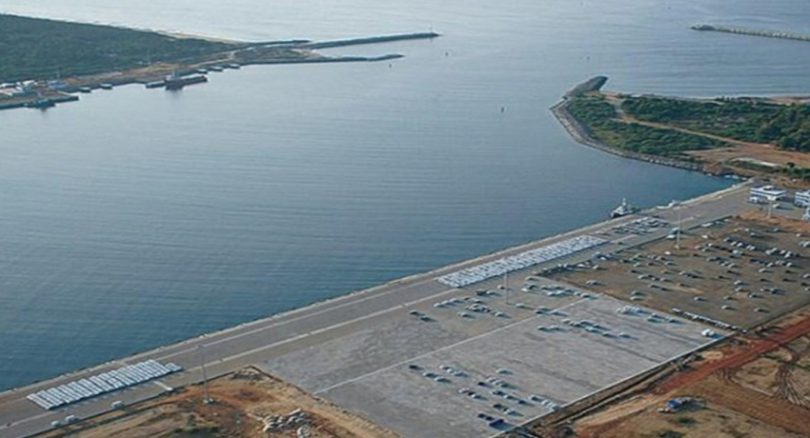 COLOMBO (News 1st); It was revealed at the Committee on Public Enterprises (COPE) meeting held yesterday (22) that the loans taken for the construction of the Hambantota Port in 2017 had not been repaid and the money had been used for other purposes.

Accordingly, it was revealed that the Ports Authority had given the balance of the loan as well as the amount received during the lease of the port for 99 years in 2017 to the Treasury.

However, rather than settling the loan taken for the construction of the port, the money had been used by the Treasury for government expenditure as the loan interest rate was low.

It was also revealed that although the Treasury has already repaid the loan and interest, it is not stated in the accounts that it is a loan payment.

It was further revealed before the COPE Committee that the amount of foreign loans obtained for the construction of the Hambantota Port has not been shown in any publication of government accounts.

These facts were revealed at a meeting of the COPE Committee chaired by Prof. Charitha Herath yesterday (22) to examine the 2019,2020 Auditor General’s Reports and the current performance of the Sri Lanka Ports Authority.

Accordingly, the Ministry of Finance has discussed the matter with the Ports Authority and the Chairman of the COPE has recommended to the Secretary to the Ministry of Ports and Civil Aviation to take the necessary steps to include this in the publications and report to the COPE Committee within a month.

It was revealed that although the approved number of employees of the Ports Authority did not exceed 9990, the recruitments were irregular and complex.

It was also revealed that the Personnel Recruitment Procedure submitted by the Ports Authority in 2010 has not been approved by the Management Services Department. The Ports Authority officials said that the recruitment procedure and salary scale have been determined through collective agreements between the institution and the employees.

It was revealed that the Ports Authority had not agreed to the recommendations of the Management Services Department and the Salaries and Remuneration Commission and had only approved the posts.

It was further revealed that the recruitment procedure (SOR) could not be approved as the relevant salary scales of the Authority were not approved.