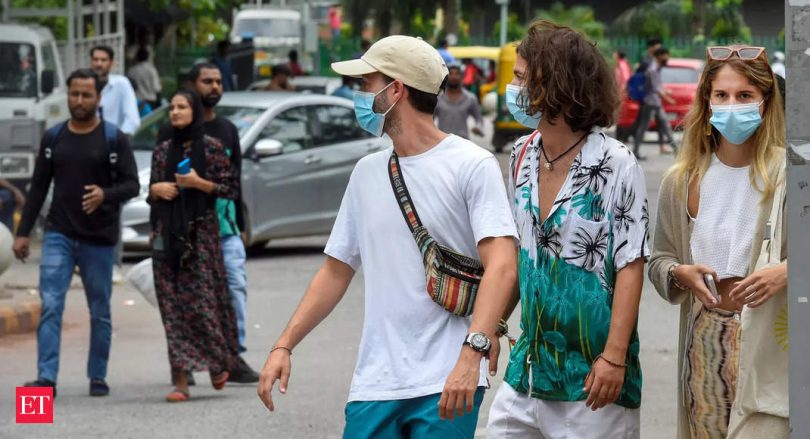 New Delhi: The tourism and exports industries are pushing for tax refunds to overseas tourists on goods being taken outside India, on the lines of the provisions in popular destinations such as the UK, UAE and Singapore, to attract international travellers and encourage them to shop more in the country.

Industry executives and experts said section 15 of the IGST Act, 2017 provides for the Tax Refund for Tourists scheme but it has yet to be implemented. The issue has been taken up collectively by industry associations ahead of the Union budget for 2023-24, said Jyoti Mayal, vice chairperson, Federation of Associations for Indian Tourism and Hospitality.

The industry body’s consulting CEO Aashish Gupta said the tax refund scheme for tourists was kept in abeyance when goods and services tax (GST) was rolled out, on July 1, 2017, since back-end systems and the IT infrastructure needed to be enabled for its last-mile implementation. “We understand that there is work going on around this and we have been taking it up with the tourism ministry as part of the budget proposal as well. This should be implemented,” he said.

Rajiv Mehra, president of the Indian Association of Tour Operators (IATO), said the association recently wrote to the finance ministry in this regard. “It is in our budget recommendations and we have mentioned that this needs to be made available for all foreign tourists. The basic infrastructure needs to be worked out. Our proposal is very simple – the GST on shopping applied for foreign tourists should be given back to them. It’s there in the GST law and should be implemented now,” he said.

The government should operationalise tax refunds to tourists to give a boost to the tourism and lifestyle sectors of export, said Ajay Sahai, director general, Federation of Indian Export Organisations. “Several countries, including competing retail markets such as Singapore, China, Thailand and Dubai, have already introduced similar VAT/GST refund schemes for tourists,” said Sahai.

“They are benefiting from increased sales and exports of local goods to international visitors due to the added incentive of tax refunds,” said Sahai. “The merchants in many of these markets compete directly with Indian retailers across a broad cross-section of goods offered, such as jewellery, textiles and lifestyle products.”Subhash Goyal, chairman of STIC Travel Group, said he hoped the matter would be taken up in the next GST Council meeting. “All tourist-friendly destinations such as Singapore, London and Dubai are doing it. There is no reason why India should not do it. It will encourage more tourists to shop and spend in India,” said Goyal, who is also the president of the Confederation of Tourism Professionals.

People familiar with the matter said the proposals and mechanisms that the government could look at may include registration of establishments with the government for enabling tax refunds for shopping and weekly timelines for submission of GST collected.

Global best practices
“This is a long-standing demand of the industry and is in line with global best practices which will boost most of our labour-intensive exports like textiles, leather, gems and jewellery, and tea,” said Bipin Sapra, partner at EY India. “It requires coordination at the level of states which can be achieved through a central online system to expedite the tax refunds.”

India’s merchandise exports registered a modest growth year-on-year in November, after recording a sharp contraction in the previous month, helping the trade deficit to narrow month-on-month. Merchandise exports stood at $31.99 billion, up 0.59% from $31.8 billion a year ago.

Foreign tourist arrivals plunged 75% in 2020, from 10.93 million in the previous year, as the outbreak of Covid-19 brought business to a halt for months.