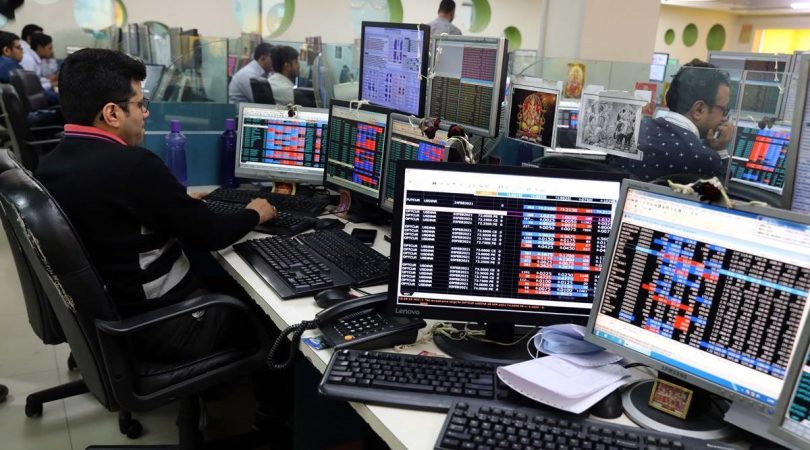 Indian benchmark indices were trading with cuts on Friday. The BSE Sensex after opening mildly in red and fell further in the noon trade, down 0.5% to trade at 61,439. The NSE Nifty is also in the red at 18,238, giving up the 18,300 level, to trade 0.5% or 100 points down. All of NSE Nifty’s sectoral indices, except Nifty PSU Bank are in the red, with Nifty Auto down 0.8%, Nifty Consumer Durables down 0.74% and Nifty Realty down 0.8%. HDFC Bank, Kotak Bank, ICICI Bank, SBI and HDFC are among the most active Nifty 50 stocks intraday.

Nifty 50 Gainers and Losers
Kotak Bank, Divi’s Lab, Tata Motors, Hindustan Unilever and Axis Bank are among the top gainers intraday, with Kotak Bank up 0.8%. Mahindra & Mahindra, ONGC, Titan, Coal India and Britannia are among the top losers of the day, with M&M down 2.3% and ONGC down 1.8%.