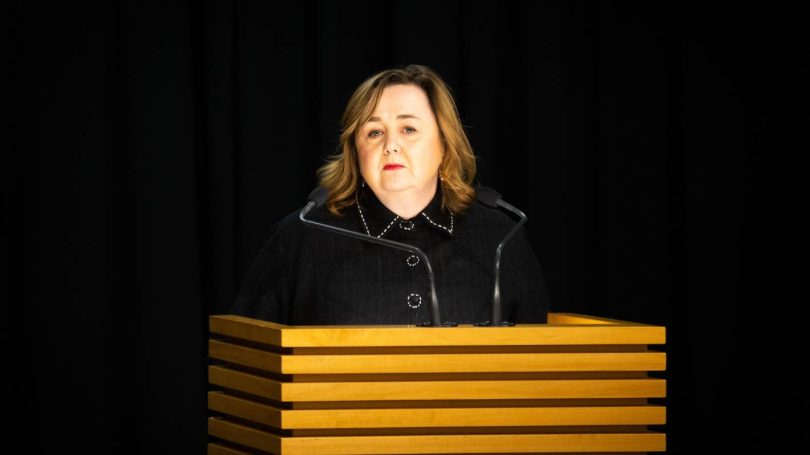 Energy Minister Megan Woods will change the law to make it neutral on the promotion of mining.

The Government will change “nonsensical” mining legislation that requires it to grant oil companies permits to look for new fossil fuels.

In multiple reports, experts have found that the world has enough fossil fuels to cover the transition to green energy. Significant amounts of coal, oil and gas will need to be left in the ground to give the world a decent shot at limiting global heating to 1.5C, saving people from worsening floods, heat and food chain disruptions.

But the Crown Minerals Act did not give the Government power to say no to mining and exploration permits due to climate concerns, a High Court judge recently concluded.

Energy Minister Megan Woods announced that a crucial sentence about promoting mineral exploitation will be changed, so the Government can say no to companies.

The Green Party’s Julie Anne Genter said the changes were “long overdue” and “a welcome step in the right direction, but the Government needs to go further to end the nonsensical search for fossil fuels.”

She called on the Government to ban new coal mines and make it an explicit requirement for Ministers to consider climate change when granting mining permits.

Mining companies will also get clearer guidance on how to consult with iwi and hapū.

Last week at the COP27 UN climate summit, countries including New Zealand unsuccessfully fought for a global agreement to phase down all fossil fuels.

In 2018, the Government stopped issuing permits for offshore oil and gas exploration. But officials have continued to issue permits for land-based fossil fuel searches in Taranaki.

Two expert bodies – International Energy Agency and the Intergovernmental Panel on Climate Change – and subsequent reports all concluded that fossil fuel prospecting was incompatible with 1.5C.

The National Party has said it would re-start oil and gas exploration offshore if elected.

These findings led a group of students to sue Energy Minister Megan Woods for her decision last year to issue two permits allowing companies to search for new oil and gas in Taranaki.

High Court Justice Francis Cooke concluded that Woods has a legal right to issue the permits – but went further. If the minister “had substantively taken [climate change] into account, she would have been acting unlawfully”, he said.

“The argument that not enough is being done to address climate change, and that no more mining for fossil fuels should take place, is an argument that the Crown Minerals Act requires further amendment by Parliament.” That amendment is what the Government has now done.

The Act’s requirement for the Government to actively promote fossil fuel exploration is “out of date”, Woods said in a statement.

“It’s time we changed our laws so that they are consistent with our climate change commitments to phase out polluting fossil fuels and transition to net zero by 2050.”

The purpose statement was changed by the National-led government in 2013. Woods said the amended purpose “is now out of step with the direction the world is going”.

The amended law would also set out the minimum requirements for iwi engagement reports, which are produced annually by all companies mining Crown-owned resources. Hapū and iwi will receive “opportunities to review and discuss” these reports, Woods said.

Stay on top of the latest climate news. The Forever Project’s Olivia Wannan will keep you in the know each week. Sign up here.