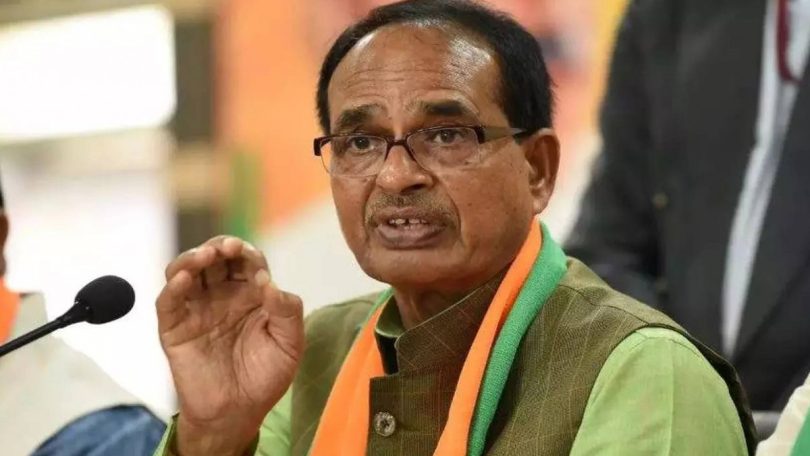 At the recently concluded Madhya Pradesh Global Investors Summit (GIS), it was announced that Madhya Pradesh (MP) will soon set up floating solar power plants worth Rs 7,500 crore. Memorandums of Understanding (MoUs) worth Rs 16,000 crore were signed in the field of energy and renewable energy at the summit organised by MP.

With the aim of helping India achieve its 2070 target of becoming carbon-neutral, the central Indian state has made some pioneering innovations such as holding an international summit with net zero emissions and working towards India’s first zero-carbon city. In the aftermath of the GIS, Sanjay Dubey, Principal Secretary, Energy and Renewable Energy Department, Madhya Pradesh, shared his insights with Outlook Business on the state’s focus on renewable energy, the key challenges in the sector, the net-zero project at Sanchi, and more. Edited excerpts:

The Madhya Pradesh GIS has been hailed as a zero-waste, carbon-neutral event. Can you please shed some light on the steps that went into it? Considering there are many such summits coming up across several states, what can the organisers of such events learn from MP’s example?

Most of these VVIP programmes essentially run on the generator just because there is an uncertainty about the grid, and one is not very sure about interruptions. For the first time in MP, we took on that challenge and said that rather than putting it on a generator as a first line of supply, let us feed the electricity from our grid.

In case of interruptions, then the changeover happens to the generator, which means we didn’t keep our generators on the whole time. This worked because we have a reliable grid.

We did a huge amount of maintenance work, minimised all possibilities for interruptions and showed that there are multiple sources of energy which are coming through. Say, this particular location is being fed by three different substations, and they’re all on a changeover on a SCADA (Supervisory Control and Data Acquisition) system. And it is all green power that we are supplying to the venue. We are very proud that we have been able to do this. This shows the state’s confidence in the power grid.

And this is not only at the GIS venue, MP has been doing this 24/7 for the past several years. But this is the first time ever in the country that this kind of experimentation has been done for such an event. It is a huge responsibility as well as a challenge. When you are having invitees from all over the world, it can bring you name and fame, but it can also lead to a risk. We are very glad that it paid off.

How much do you think renewable energy is like contributing to MP’s current power demands? Is Madhya Pradesh the most ambitious state when it comes to green energy goals?

I am not too sure about other states but as far as Madhya Pradesh is concerned, we are going ahead with the plan as promised by honorable Prime Minister in the international forums.

Chief Minister Chouhan mentioned how all the renewable energy options from MP will play an important role in India achieving its 2070 goal of becoming carbon neutral. Would you claim that MP is taking the lead in the whole carbon neutrality process?

Yes, definitely. When we declare Sanchi as a net zero-carbon city on 3rd May, we will become the first state to achieve such a feat. Nowhere else in the country has that been done. This would be a city which will have all its energy requirements come from renewable energy sources. Further, the main tourist hubs would have piezoelectric sensors which will turn the tourist’s footsteps into energy that will help run the place. In a way, the tourist footfall will contribute to powering Sanchi. This is in addition to the rooftop solar panel in houses, public offices, etc.

After this, we will be targetting other tourist places where we can actually showcase to the world that Madhya Pradesh, and India as a nation, is moving forward with the commitments that have been made.

While we are moving ahead with such initiatives, most other states are actually packed with one certain technology and they are harping on it. We are keeping an open mind and we are welcoming any new ideas looking at complementarity of demand.

Where we have a requirement in winter months, other states have a requirement in summer months. So, we are saying that let us schedule and share our energy sources, so that they schedule power for six months and we’ll schedule power for the next six months. This way, the fixed cost gets distributed between the two states. This was never thought of before. We are the first-mover here.

Much has been talked about how MP is endowed with natural resources such as water and sunlight which makes it a great place for renewable energy. Besides that, what are the key policy initiatives from the state that are attracting investors?

First of all, our policies are technology agnostic. We don’t give incentives based on which technology is being used. What we say is that if it is renewable energy source, they are all entitled for certain privileges that the state government wants to give.

We are not limited to just the generation part of it, we are also looking at energy storage. This could be pumped hydro, battery, compressed gas or other available technologies. Whether it is battery storage or any other sorts of storage, they are all eligible to get same kind of benefits. There is an electricity duty waiver, stamp duty waiver, incentives on registration process for acquiring land acquiring land, waivers on registration fees etc.

For manufacturing facilities, we will give additional incentive in terms of land, resources and money. If there is a possibility of any technology being used, it should be happening in Madhya Pradesh.

Secondly, we are into a lot of experimentation. We say we’ve had enough of vanilla solar, vanilla wind, and all that. What we are looking at is hybrid energy with storage facilities. So, the idea is then we are looking at floating solar, pumped hydro storage, PLI schemes etc. This is the decade for MP, this is the decade where we will be able to capitalise on all those things, and we’ll be able to be trailblazers.

When it comes to partnering with private firms in the renewable sector, what are some of the key challenges that the state faces? Earlier, law and order used to be a major issue in some of states and now MP claims that this has been fixed, right?

Law and order has to be the first and foremost requirement because if the investors are not very sure about the safety of their assets, or whether they will be allowed to move freely and hire people freely, there will always be a fear in their minds. Such fears are long gone from Madhya Pradesh. It was there a decade or 15 years back, but now there is no such fears.

Besides law and order, there is a need for transparent processes. There is a certain predictability that the investors look for, there has to be risk mitigation technologies and payment security mechanisms in place. So, all of this has been built into our policies. We have the lowest ever tariffs discovered in any of the bidding process across India because people feel that the most important factors are being taken care of by the state government.

Has the availability of labour been an issue for the state in this sector?

Not really, because there are a lot of technological institutions which have come up in the state. We are churning out good number of graduates in all technological segments be it engineers or IT personnel or polytechnic workers. You will see that most of the industries are now coming and setting up shop in Indore, Bhopal or in other areas because they know that there is easily and readily available workforce, 24/7 access to power, no dearth of water supply and enough human talent and resources available.

For future proofing the energy demands of the state or for the country at large, what sort of support do you expect from the central government and are your demands being met so far?

We have been receiving a good amount of support, but it is always the case that the states would always be hungry to have more and more support coming from the central government. There are supply constraints because demand is increasing by 15 per cent on a year-on-year basis.

To match up with that kind of a generating capacity is a challenge which we are facing. The government of India is doing a great amount of work. And there is a direct and live contact between the state governments and the government of India, which leads to the rise of newer and better ideas every day.

Does this ‘direct contact’ that you just mentioned have anything to do with the ‘double engine’ government at work?

No, it’s a consultative process that happens between the state and the Centre irrespective of whether it is the same party or another party. Collectively, we are responsible for the growth of nation.

When it comes to acquiring land, has there been any issue with the rehabilitation or relocation process?

Generally, what we have done that we have identified those locations which have good sunshine, but are not owned by private hands. But since these are mega sized projects, there will be some small pieces of land which are owned by individuals. They are adequately compensated but mostly the spaces are identified where we don’t have to have any R&R issues.

That is the reason we are now shifting in a big way to the floating solar projects where you don’t have to relocate people. We are coming up with the biggest water floating solar project in the world with 300 megawatts (MWs) already awarded another 300 MWs in the process of being awarded. Since we are blessed with a lot of water bodies in Madhya Pradesh, we will continue to keep on giving these kinds of water bodies for generation of electricity.