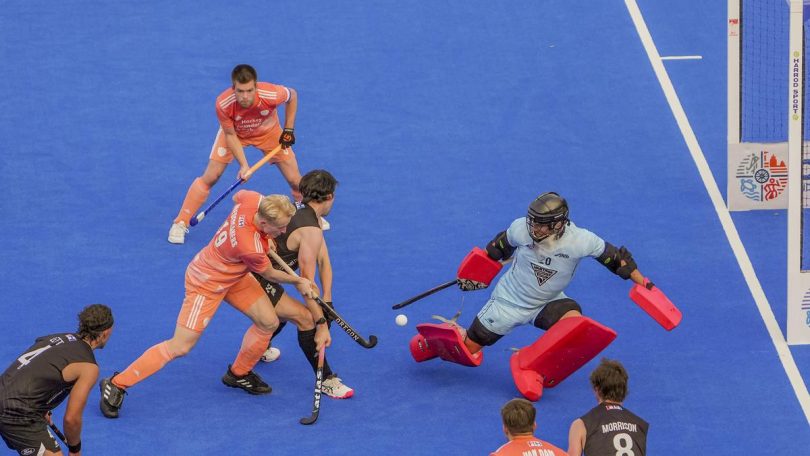 Netherlands took a big step towards finishing top of Pool C of the World Cup with a facile 4-0 win over New Zealand here at the Birsa Munda International Stadium on Monday.

The Dutch coach Jeroen Delmee wanted an improved showing from his young side and he got that over the Blacksticks.

New Zealand struggled against their scintillating counter-attacking and intricate play as their circle was penetrated 27 times and let in 12 shots on goal.

The scoring began in the second minute through skipper Thierry Brinkman. Tjep Hoedemakers intercepted a crossfield pass inside the opposition half and drew in a defender before passing it to Brinkman, who set himself up to drive home the finish.

New Zealand coach Greg Nicol made a surprising tactic in the 10th minute when he removed the goalkeeper for an extra outfielder.

The move put the Netherlands on the backfoot initially, but it found joy in the transition when Brinkman was played through on goal to score into an empty net. NZ’s blushes were saved when it survived a penalty corner in the final seconds of the first quarter without ‘keeper Dominic Dixon.

Dixon was restored back in goal in the second quarter as New Zealand struggled against Netherlands’ quick transitions. A defensive lapse allowed Koen Bijen to be unmarked at the edge of the circle, where he guided a fierce hit from Jonas de Geus past Dixon.

After the break, the Dutch continued to cut through the Kiwi defence with the energetic legs of Tijmen Reyenga, Justen Blok, Terrance Pieters and Derck de Vilder but they floundered with their decision-making inside the circle. The third quarter finished with a double save from Dixon off Reyenga and Pieters.

With six minutes left, the fourth goal, however, did come and was the pick of the lot. Defender Reyenga surged upfield from the right through the middle, slaloming past five defenders to find Thijs van Dam inside the circle, who found Hoedemakers to sweep the ball into the net.