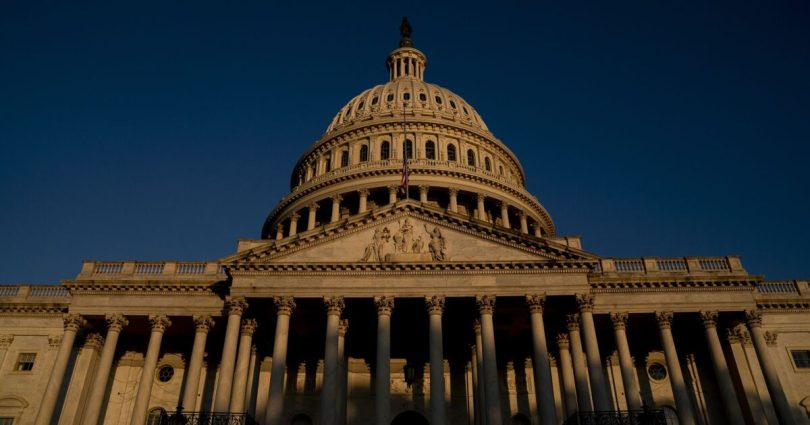 WASHINGTON — The House of Representatives on Thursday passed its version of the National Defense Authorization Act, including provisions to make it easier for banks to hire rehabilitated ex-convicts — something that banks and regulators have been pushing for years.

But at the same time, the Senate’s latest version of the defense spending bill omitted a popular cannabis banking measure that was in the House version, dashing bankers’ hopes it would finally cross the finish line after first being passed by the House in 2019.

Section 19 of the Federal Deposit Insurance Act, which has been in place since 1950, prohibits banks from hiring anyone “convicted of any criminal offense involving dishonesty, breach of trust, or money laundering” without express permission from the FDIC. That provision has limited banks’ ability to hire entry-level employees with criminal records, even if those offenders have been rehabilitated.

“This legislation will give Americans with minor records a clear pathway to stable, good-paying jobs in the banking industry and a second chance to realize their potential,” Baer said. “Not only will these candidates gain access to new opportunities, but our nation’s banks and our economy will also benefit from the skills of this untapped pool of talent.”

Nan Gibson, executive director for public policy and corporate responsibility at the JPMorgan Chase Policy Center, said the bank and others had been advocating for a number of years for regulators to reduce the burden that Section 19 places on their ability to hire those with criminal records.

The FDIC issued a rule in 2020 that would allow individuals convicted of so-called “de minimis” crimes or those who had their convictions vacated or expunged to bypass the Section 19 waiver process. However, with some of the larger changes, understandably the FDIC’s position was that “Congress would need to make changes to the law for the FDIC to implement the proposal,” Gibson said.

JPMorgan was able to hire 4,300 individuals with criminal records last year, many of which it would not have been eligible to hire before the FDIC rule issued in 2020, according to Gibson.

“It definitely made a difference in our hiring and our ability to to bring people on,” Gibson said. “We expect the reforms in this legislation will have an even greater impact.”

The passage of the Section 19 language in the House’s defense spending bill occurred a day after the Senate released its version of the bill, which notably omitted legislative language that would allow banks to serve legal cannabis businesses.

The Secure and Fair Enforcement Act, or SAFE banking act, was first passed by the House in 2019 and was included in its version of the NDAA earlier this summer. Advocates had hoped that the provision would be included in the Senate version, but its omission further narrows the chances for the SAFE banking act to be passed in the lame duck Congress. A year-end omnibus appropriations bill is the most likely vehicle for the provision to be passed by both houses before Congress enters recess later this month.