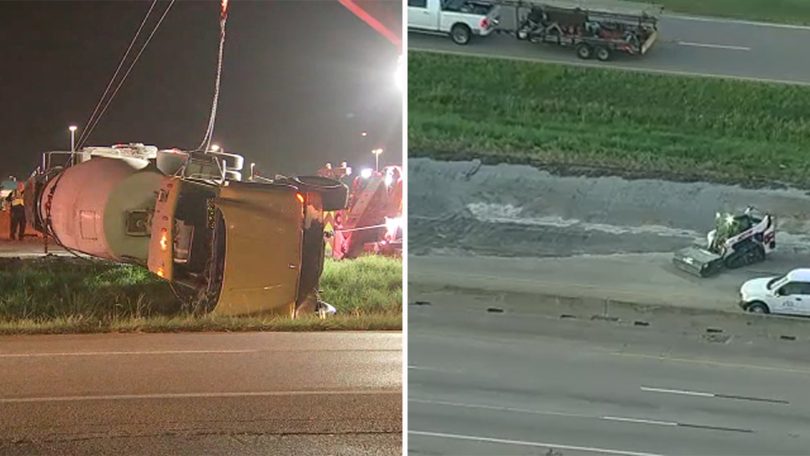 Initially, all eastbound lanes were closed, causing major morning commute delays. Shortly before 8 a.m., traffic was slowly getting by with one lane open.

Video from the scene showed the truck completely on its side in the roadway.

It’s unclear exactly what led up to the crash, but according to Houston Transtar, it was reported shortly after 4 a.m. on Tuesday.

Hours later, the cement truck was up-righted and hooked up to a tow truck, though the crash left a lot of debris for crews to clean up.

Drivers can take US-90, FM-359 to the Westpark Tollway, or the feeder road as alternate routes.

Sign up for traffic alerts that are sent straight to your phone through our ABC13 app.

Manage your notifications from the settings tab.

On mobile, use two fingers to zoom in to specific roads. Live traffic map