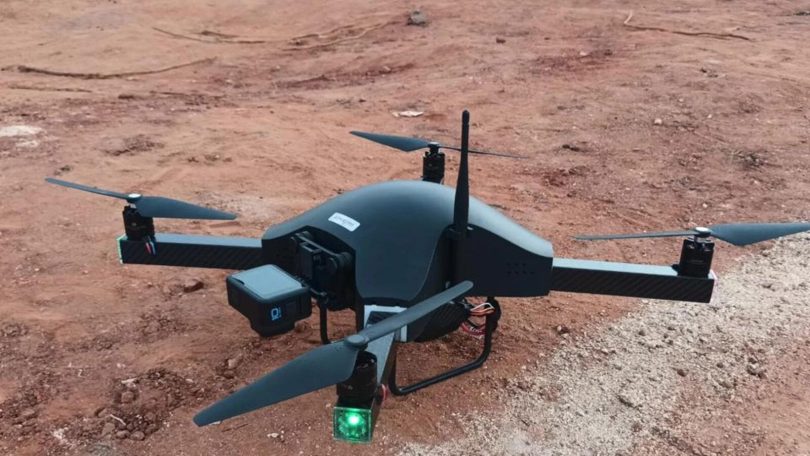 Mumbai: Last month Bengaluru based Suraj Wodeyar launched a patented robot that inspects and cleans sludge in PVC pipes in residential complexes and small commercial establishments. In two months, Wodeyar will launch an advanced version of the robot that expands to enter bigger manhole sewage pipes. His three-year-old start-up, Drona Automation, has partnered with facility management firm JLL India for the first device, and he has already received ₹20 lakh worth of work orders for the second invention, under the Centre’s Atal Mission for Rejuvenation and Urban Transformation (AMRUT) scheme.

Wodeyar’s journey to set up Drona Automation started in 2017, when he saw a Facebook post of the death of a manual scavenger in Bengaluru while cleaning manhole sewage pipes. It coincided with the Indian Institute of Technology (IIT) – Bombay’s announcement of the annual e-Yantra competition to build robots that can solve societal problems.

“Our goal is to eradicate human intervention in cleaning. We have technology that gets us to space but no solution or a small machine that can go 10ft below the ground and cleans manholes,” recalled Wodeyar, who was pursuing mechanical engineering at the privately funded Reva University in Bengaluru at the time.

With no knowledge in coding, essential to build a robot, Wodeyar applied for the e-Yantra competition. His team of three emerged as regional finalists. At IIT-Bombay the team was exposed to unique technologies and innovative ideas, “lacking in an engineering college”. Wodeyar’s team bagged the best demonstration and presentation award.

Soon after he graduated, Drona Automation was incorporated. “Had it not been for the e-Yantra competition, I would have perhaps joined my family’s manufacturing business,” said he.

The success story of e-Yantra

In 2012, to bridge the gap between employability and the curricula of higher education, Kavi Arya, professor of computer science, IIT-Bombay, conceived e-Yantra – a project-based learning approach to education, funded by Ministry of Human Resource Development (MHRD) and hosted at IIT-Bombay.

Explaining the function of e-Yantra, Arya referred to a 2020 NASSCOM survey, which stated that India produces 15 lakh engineers annually of which only 2.5 lakh (16%) are employed in the core engineering industry. However, as of this year, NITI Aayog noted that 48% of engineering graduates were unemployed.

According to Arya, the success of e-Yantra is evident from the (hard-core) engineering startups its alumni have created – from delivering terrestrial mobile robots into foreign markets to innovating aerial drone-based surveillance systems.

“Students get into top postgraduate engineering programmes in India and abroad with e-Yantra experience. Coveted internships and jobs at top companies also follow,” said Arya. “It all derives from our experience innovating IIT-Bombay’s distance education programme way back in 2000. We discovered the art of remotely training students in practical engineering skills in a scalable manner with inspiring outcomes.”

Over the years, though miniscule in the number, the e-Yantra challenge has provided its participants a platform to launch their own start-ups with incubation support from the IIT-Bombay Incubator – SINE.

In addition to Drona Automation, the programme has nurtured start-ups such as Nex Robotics, Nibrus Technologies, Katomaran Technologies and Rymo Technologies Private Limited.

Abhishek Acharya vividly remembers the two-month summer internship at IIT-Bombay’s Embedded Real-Time System’s Laboratory in 2016, after the three-member team won the challenge of using a robot to pick and dispose hazardous waste.

“e-Yantra helped us understand concepts in embedded, mechanical, computer science and electronic systems,” said Acharya, alumnus of National Institute of Technology, Meghalaya. “The experience shaped us and gave us confidence to build a career in robotics.”

Today, Bengaluru-based Nibrus Technologies Private Limited, which started its operations in March 2019, offers a suite of surveys using drones where infrastructure projects are proposed. In 2020, Nibrus was funded by the Oil and Natural Gas Corporation and incubated by IIM-Kozhikode.

“Since drones are also a part of robotics, we built one for surveying and mapping. We have also developed what is possibly India’s first photogrammetry software that transforms drone images into 3Dmaps which provides a higher level of accuracy, thereby helping proponents of infrastructure projects,” said the 26-year-old. It is called Surveyaan.

The Centre has been pushing drone technology in the infrastructure sector. For instance, both the National Highway Authority of India and Indian Bureau of Mines have mandated drone surveys. “The entire survey and mapping industry is going through a transformation since the previous generation’s tools are becoming obsolete. This is where our drone and software come in,” he said.

While majority of the start-ups predominantly cater to the domestic market, terrestrial robots by Katomaran Technologies has made large strides in the Singapore market. The company which operated out of a 2BHK in 2018, today boasts of 100 employees. As an engineering student pursuing robotics and automated engineering from PSG College of Technology, Coimbatore, Muthu Vangaliappan and his team were runners-up at the e-Yantra competition for building a fruit plucking robot. Today, Katomaran’s robots are hired for a range of services – from automatic number plate detection and unattended object detection, to wheeling baggage to the room in a five star hotel (in place of bell boys) to mask and social distancing detection during the Covid pandemic.

“Although our college was among the few that offered courses in embedded system, robotics and IoT (Internet of Things) as the key focus, we felt that the training given was poor after we participated in e-Yantra and the summer internship,” said Vangaliappan. “Today, we are technically sound because of our participation in e-Yantra, the competition that sowed the initial seeds.”

Rakhojia along with his team from DDU, Nadiad (Gujarat) in 2015 won the first position to build an autonomous robot to deliver pizzas – the “beginning of his start-up journey”.

His first three start-ups to provide robotic solutions, however, failed. “But I had learnt how to develop a business during my summer internship. There are many problems to be solved, and India is an opportunistic market,” said Rakhojia. “Access to energy and clean energy is the real problem right now.”

The 25-year-old registered his first company in 2017 and now runs five businesses in the area of solar energy and electric vehicles. He holds an Indian patent for developing a structural design that harvests more energy from solar projects.

“Being in IIT-Bombay for the internship was a different experience. We had access to high-speed internet, labs were open 24×7 for us, and even the canteen food was good. In my college, we could not even find basic components,” said Rakhojia.

Chirag Shah, 27, echoes Rakhojia’s sentiments. As a final year student of electronics and telecommunications at the KJ Somaiya College of Engineering, Vidyavihar, Shah and his team won the summer internship at IIT-Bombay in 2018 for their work on autonomous water surveillance rover to monitor various parameters such as temperature, turbidity and Ph levels in lake water.

“It’s tough to get feedback from teachers and peers in college. At the internship, listening to industry leaders, sessions on start-ups and meeting few entrepreneurs opened our minds,” said Shah who along with his college mate started working on a robotic solution for physiotherapy. In 2020, they incorporated Rymo Technologies Private Limited – India’s first virtual rehabilitation robot, and received an Indian patent for the product. The robot, dubbed as Mobi-L helps patients recover from stroke, spinal chord injuries, bone fractures and post-surgery recovery. “e-Yantra opened our eyes to something different. Professor Arya’s focus is to create entrepreneurs — to be employers instead of employable,” said Shah.

Stating that it tough to raise funds from angel investors or VC firms for a hardware technology company in India, Wodeyar said, “In the start-up world, at some point you lose interest or find it very difficult to believe in yourself. One is trying to raise funds, make the product work and also get customers. Everything is one man’s job. Arya and other mentors pushed me, gave incentives and invited me for talks where I shared my experience. This gave me the reassurance that I am doing the right thing, and making a difference in society.”