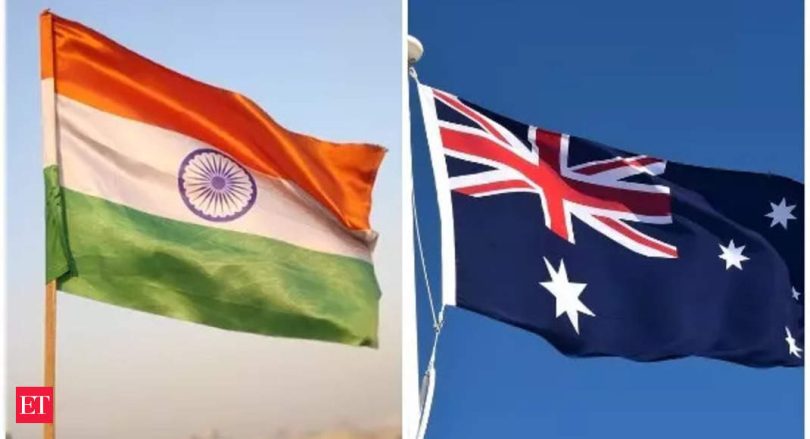 Mazumder suggested that the warehousing systems in Australia can be used as a gateway to New Zealand, Fiji and Papua New Guinea where the Indian presence is minuscule.

CII Northern Region organised a business outreach session on Wednesday on sector-wise opportunities and benefits arising out of the India-Australia Economic Cooperation and Trade Agreement (ECTA).

Mazumder said that the major boost for India would be in its labour-intensive sectors, which are currently subject to import duty of 4-5 per cent by Australia.

“Substantial gains are expected in pharmaceuticals, whereby drugs approved in other developed jurisdictions will get approval in Australia much faster,” said Mazumder, according to the release.

He further said that starting in April, Australia has promised continuous technical interaction with the Indian wine and alcoholic beverages industry. Another important announcement made by Australian Parliament is the double tax avoidance agreement (DTAA) ratification, along with its trade deal with India. The DTAA may come into force on April 1, 2023 and is expected to eventually lead up to USD 1 billion in savings for Indian IT companies operating in Australia.

Therefore, Indian IT companies may be able to generate roughly USD 4-8 billion in business income from Australia each year, Mazumder added.

Meanwhile, P J Singh, Vice Chairman, CII Punjab State Council, said that the implementation of the ECTA between India and Australia has the potential to double bilateral trade in goods and services to USD 45 billion in five years.

Singh noted that zero-duty access to Australia’s market is available to India presently with the ECTA entering into force on December 29, 2022.

Rajiv Kaila, Chairman, CII Chandigarh Council, said that India is providing zero-duty access to Australia for 70.3 per cent of its tariff lines (40.3 per cent tariff lines from day one and the remaining 30 per cent in a phased manner). India has offered zero-duty access on coal, alumina calcined, manganese ore, copper concentrates, bauxite, sheep meat, rock lobster, macadamia nuts, cherries, and wool, he said.

According to the CII release, about 96 per cent of Australia’s exports to India comprised of raw materials and intermediate products, thus the tariff concessions offered by India will allow local/domestic industries to get cheaper raw materials and enhance their competitiveness.

CII is also looking forward to various opportunities for trade-in services. Australia has made wide-ranging commitments in around 135 sub-sectors with most-favoured-nation (MFN) status in around 120 sub-sectors.

The major gains are for the Indian IT sector, followed by healthcare and education, and service professionals such as yoga teachers and chefs.