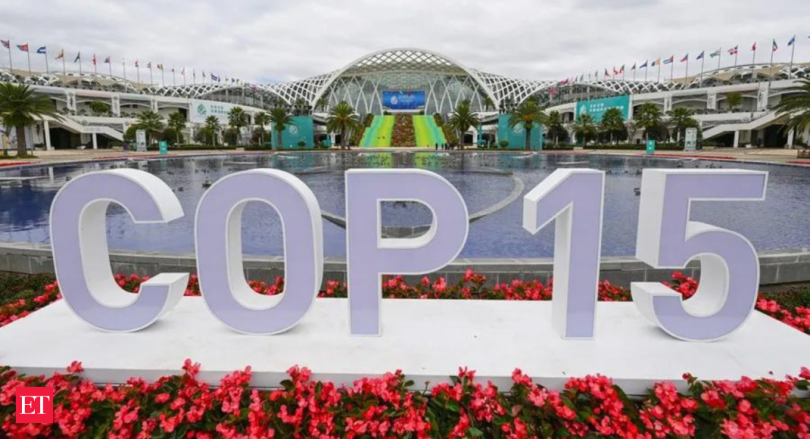 There is an urgent need to create a new and dedicated fund to help developing countries successfully implement a post-2020 global framework to halt and reverse biodiversity loss, India has said at the UN biodiversity conference in Canada’s Montreal.

It has also said that conservation of biodiversity must also be based on ‘Common but Differentiated Responsibilities and Respective Capabilities’ (CBDR) as climate change also impacts nature.

As the 196 parties to the Convention on Biological Diversity (CBD) finalise negotiations for a post-2020 Global Biodiversity Framework (GBF) — a new set of goals and targets to halt and reverse biodiversity loss — there have been repeated calls for the inclusion of the CBDR principle in finance-related targets.

Addressing the stocktaking plenary at CBD COP15, Union Environment Minister Bhupender Yadav said the successful implementation of a post-2020 GBF will depend on the “ways and means we put in place for an equally ambitious ‘Resource Mobilisation Mechanism'”.

“There is a need to create a new and dedicated mechanism for the provision of financial resources to developing-country parties. Such a fund should be operationalised at the earliest to ensure effective implementation of the post-2020 GBF by all countries,” the minister said.

So far, the Global Environment Facility which caters to multiple conventions, including the UNFCCC and UN Convention to Combat Desertification, remains the only source of funding for biodiversity conservation.

At CBD COP15, developing countries have been demanding a new and dedicated biodiversity fund, saying the existing multilateral sources are not up to the task of meeting the requirements of the GBF.Differences with rich countries on the matter had prompted representatives from developing nations to walk out of crucial financing talks last week. India said the developing countries bear most of the burden of implementing the targets for conservation of biodiversity and, therefore, require adequate funds and technology transfer for this purpose.

“The most important challenge is the resources needed for implementation of the GBF. Greater ambition means greater cost and the burden of this cost falls disproportionately on the countries that can least afford them,” Yadav said.

The minister underlined India’s stand that the goals and targets set in the GBF should not only be ambitious, but also realistic and practical.

“Conservation of biodiversity must also be based on Common but Differentiated Responsibilities and Respective Capabilities as climate change also has an impact on biodiversity,” he said.

Established as the seventh principle of the Rio Declaration adopted at the Earth Summit in 1992, CBDR is defined as states have common but differentiated responsibilities in view of the different contributions to global environmental degradation.

However, applying the CBDR principle to biodiversity conservation has not been straightforward as compared to climate negotiations, and there have been repeated disagreements between the global north and south on the issue.

At CBD COP15, the parties are also trying to achieve a consensus on eliminating subsidies that are harmful to the environment, such as subsidies for fossil fuel production, agriculture, forestry and fisheries, by at least USD 500 billion (one billion = 100 crore) annually and using this money for biodiversity conservation.

However, Yadav said, India does not agree on reducing the agriculture-related subsidy and redirecting the savings for biodiversity conservation, as there are many other national priorities.

For the developing nations, agriculture is a paramount economic driver for rural communities, and the critical support provided to these sectors cannot be redirected, he said.

Majority of the rural population in India is dependent on agriculture and allied sectors and the government provides a variety of subsidies, including seed, fertilizer, irrigation, power, export, credit, agriculture equipment, agriculture infrastructure for supporting the livelihoods of farmers mainly, small and marginal.

When food security is of utmost importance for developing countries, prescribing numerical targets in pesticide reductions is unnecessary and must be left to countries to decide, based on national circumstances, priorities and capabilities, India has said.

Some of the measurable targets in the draft GBF include reduction of pesticides by two thirds.

Yadav stressed that biodiversity conservation requires ecosystems to be conserved and restored holistically and in an integrated manner.

It is in this context that ecosystem approaches for conservation of biodiversity need to be adopted rather than going for nature-based solutions, he said.

Delivering the national statement on Friday, the minister had said the GBF must be framed considering science and equity and the sovereign right of countries over their resources.

He had also said the GBF must recognise the responsibility of the developing countries towards poverty eradication and sustainable development.

COP15, the most important gathering on biodiversity in a decade, started on December 7 and is scheduled to close on Tuesday (India time).

It aims at achieving a historic deal to halt and reverse biodiversity loss on par with the 2015 Paris Agreement on climate change, when all countries agreed to holding the increase in the global average temperature to well below 2 degrees Celsius above the pre-industrial level.

The draft GBF, set to replace the Aichi Biodiversity Targets, comprises 22 targets and four goals proposed for 2030 — a stepping stone to the 2050 goal of Living in Harmony with Nature.

The GBF targets include reducing pollution, pesticides, subsidies harmful to nature and the rate of introduction of invasive alien species among others.