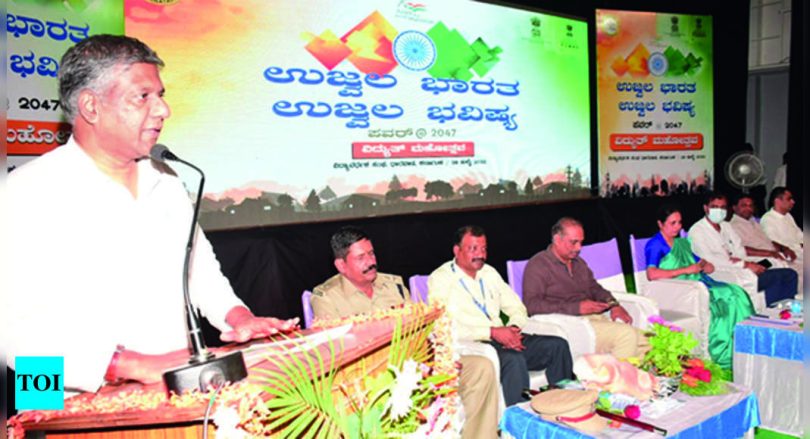 Dharwad: “Under the leadership of Prime Minister Narendra Modi, the country is heading towards self-sufficiency in terms of energy, in addition to which infrastructure for supply of drinking water, underground drainage network have been developed,” said Hubballi-Dharwad (West) MLA Arvind Bellad on Friday.
Bellad, participating in the ‘Ujwal Bharat, Ujwal Bhavishya’ programme organised as part of the Azadi Ka Amrit Mahotsav by the Union ministry of energy in association with the Hubballi Electricity Supply Company and the Karnataka Power Transmission Corporation Ltd, pointed out that optimal utilisation of the available coal resources had helped India achieve self-sufficiency where energy and power consumption were concerned.
Hescom managing director, D Bharati said that both the state and central governments wrre implementing several initiatives for the benefit of the Scheduled Castes/ Scheduled Tribes under the ‘Ujwal Bharat, Ujwal Bhavishya’ programme. “TC banks have been established to help farmers cope with problems in irrigation pump sets,” she said.