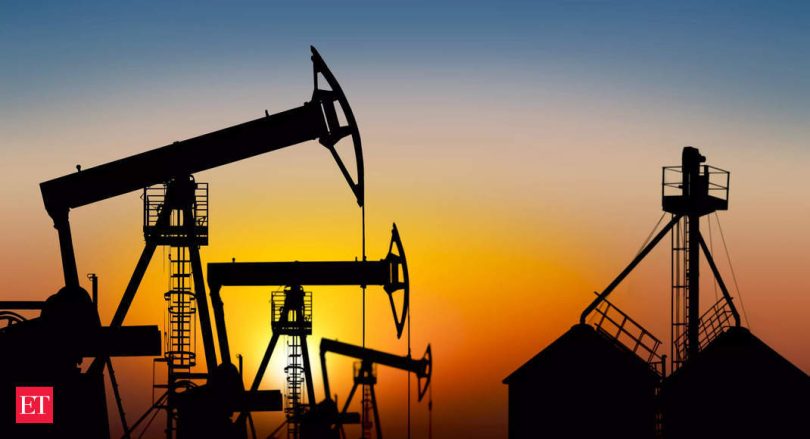 A wild swing in international oil prices in 2022 brought back indirect fuel subsidies in India in a setback to reforms, but the nation won at crude diplomacy as it refused to succumb to western pressures and continued to buy oil from the cheapest available source. International oil prices have been turbulent in the last couple of years. It dipped into the negative zone at the start of the pandemic in 2020 and swung wildly in 2022 — climbing to a 14-year high of nearly USD 140 per barrel in March 2022 after Russia invaded Ukraine, before sliding on weaker demand from top importer China and worries of an economic contraction.

But for a nation that is 85 per cent dependent on imports, the spike meant adding to already firming inflation and derailing the economic recovery from the pandemic.
(Tax breaks, jobs or plan to beat China: What will Budget 2023 offer? Click to know)

So, state-owned fuel retailers Indian Oil Corporation (IOC), Bharat Petroleum Corporation Ltd (BPCL) and Hindustan Petroleum Corporation Ltd (HPCL) froze petrol and diesel prices for the longest duration in at least two decades. They stopped daily price revision in early November 2021 when rates across the country hit an all-time high, prompting the government to roll back a part of the excise duty hike it had effected during the pandemic to take advantage of low oil prices.

The freeze continued into 2022 but the war-led spike in international oil prices prompted a Rs 10 a litre hike in petrol and diesel prices from mid-March before another round of excise duty cut rolled back all of the Rs 13 a litre and Rs 16 per litre increase in taxes on petrol and diesel effected during the pandemic.

That followed the current price freeze that began on April 6 and still continues. The result was while consumers were insulated, the three firms suffered a combined loss of Rs 21,000 crore in the first half of the 2022-23 fiscal year, and reforms took a backseat.

Private fuel retailers, who entered the market after the sector was deregulated and controlled roughly a tenth of the country’s petrol pumps, were unwilling to sell at a loss and hung no-stock signs, leading to consumers clogging PSU bunks.

This prompted the government to intervene and issue orders asking them to maintain minimum supplies at all times.
The price freeze and government diktat shook the private sector’s faith in the reforms and the first casualty was investors walking out of privatisation of BPCL.

The government also slapped a windfall tax on domestically produced crude oil and on the export of petrol, diesel and jet fuel. The argument was that domestic producers were making a killing from high international oil prices and the levy on exports was to discourage overseas shipments and shore up domestic supplies. But this added to fiscal uncertainty for investors.

For the record, Oil Minister Hardeep Singh Puri has maintained that the government had not ordered any freeze on fuel prices and state-owned companies had acted as “responsible corporate citizens” in not raising prices in step with cost.

In the same breath, he also talked about compensating them for the losses — a statement that market experts said was a paradox. They say if the government had not ordered a freeze and oil companies acted on their own violation, why should taxpayer money be given to them as subsidies?

But subsidies appear to have made a comeback. The government has already sanctioned Rs 22,000 crore to make up for losses the three firms incurred on holding cooking gas LPG prices in the past two years and a similar dole is expected for petrol and diesel in the coming Budget.

Puri, however, scored big when he guided India’s response to western curbs on Russia to punish it for the war in Ukraine. Despite the pressure, India increased imports from Russia, making it its top oil source towards the year’s end. With Russian oil being available at discount after being shunned by some western countries, India saved an estimated Rs 35,000-40,000 crore in foreign exchange outgo.

Also, Puri’s push ensured that the target of mixing ethanol in petrol was achieved ahead of schedule.

Besides petrol and diesel, the global energy prices spike also meant a rally in CNG and piped cooking gas prices, prompting the government to set up a panel to review how domestically produced gas is priced. The panel recommended price caps but more importantly indicated that city gas should be subsidised to ensure it costs lower than petrol and diesel.

That recommendation is being processed by the government.

Energy expert Daniel Yergin said the global disruptions in energy markets and the war in Ukraine have added impetus to the push for renewable energy and the drive toward net-zero carbon emissions.

“Yet, even as the global consensus around the energy transition becomes stronger, the challenges to that transition are also becoming clearer,” he said.

In addition to the uncertain pace of technological development and deployment, four issues in particular stand out — the return of energy security as a prime requirement for countries; lack of consensus on how fast the transition should and can take place, in part because of its potential economic disruptions; a sharpening divide between advanced and developing countries on priorities in the transition; and obstacles to expanding mining and building supply chains for the minerals needed for the net-zero objective.