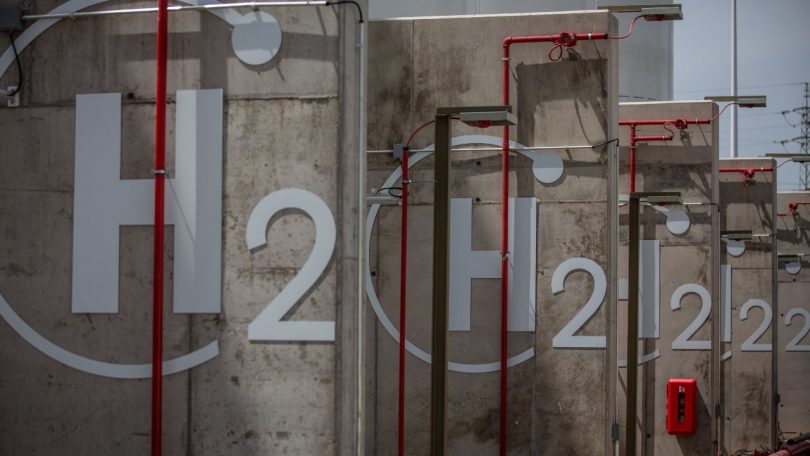 India is planning a massive expansion of green hydrogen production to curb its dependence on energy imports and to wean the economy off fossil fuels to meet climate targets.

The centre is aiming for an annual production capacity of 25 million tons by 2047, according to people familiar with the plans who didn’t want to be named as the information is not yet public. However, the number could change going forward, depending on technology and the country’s demand outlook, they said. Media officials at the power and renewable energy ministries didn’t immediately respond to emailed requests for comment.

Green hydrogen is widely expected to play a major role in decarbonising heavy industries, including oil refineries, steel mills and fertilizer plants. India’s current output of the fuel is very low and comes from a handful of pilot projects.

While green hydrogen is regarded as a potential panacea to cut emissions, there are still major challenges in scaling up the technology and making it cost-effective. It’s not certain demand growth will materialise, and the fuel may not become the first choice in transport and industry.

The potential to generate low-cost renewable energy in India, the world’s third biggest emitter of greenhouse gases, has been a driving force behind the government’s carbon-free hydrogen ambitions. India’s goal of getting to net zero by 2070 has found support from business tycoons, including Gautam Adani and Mukesh Ambani, as well as state-run energy giants like NTPC Ltd. and Indian Oil Corp.

Adani has pledged to spend $70 billion on clean energy assets, including green hydrogen, while Ambani’s Reliance Industries Ltd., one of India’s most valuable companies, plans to add production of solar panels, electrolysers for clean hydrogen and rechargeable batteries. French oil giant TotalEnergies SE has agreed to partner with Adani on hydrogen in India.

The government is considering more ways to spur the sector, including offering production-linked incentives to make electrolysers.

Green hydrogen is made by splitting hydrogen and oxygen in water with the help of electrolysers, powered by renewable electricity. The product can replace the use of hydrogen derived from some fossil fuels, in refineries and fertiliser plants. It has the potential to become an alternative to coal in steel mills and oil products in long-haul transport.

The green hydrogen targets are part of a broader strategy for 2047, the centenary year of India’s independence. The plan also includes measures to improve energy efficiency, overhaul power markets and expand manufacturing of renewable energy equipment, according to the people.