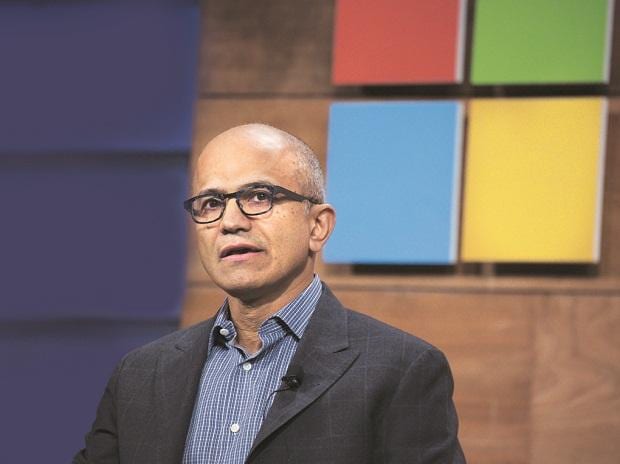 Microsoft Chairman and Chief Executive Officer (CEO) Satya Nadella is optimistic about India’s future, especially in the field of technology, with the expanding base of software developers from the country, rising number of artificial intelligence (AI) projects, and growing aspiration in Indian youths for upskilling themselves.


Nadella, who is on a four-day visit to India, said India would lead in using AI for solving real problems. “India leads when it comes to digital public goods. There is India and then there is daylight, when it comes to the enlightened way in which India is building its digital infrastructure,” he said on Tuesday while addressing a select gathering of India’s top CEOs at the Microsoft Future Ready Leadership Summit in Mumbai.


He listed cloud and AI as imperatives that could be helpful in driving economic growth. “Cloud has been a big game changer…Cloud is still in its early-to-intermediate innings,” he said on Tuesday while addressing a select gathering of India’s top CEOs at the Microsoft Future Ready Leadership Summit in Mumbai. He added that there was “tremendous momentum” in cloud adoption.


Hyderabad-born Nadella further said India would be the third-largest economy by the end of this decade. Recently, India overtook the UK to become the fifth-largest economy in the world.


“Github is the largest base for developers around the globe, and India is the second-biggest contributor to the developer ecosystem. Second, in terms of AI projects, India is number one. If the next big age is going to be AI, then human capital is already here and doing innovative things,” he said.


He also said the upskilling aspiration in India was huge. “According to the LinkedIn data, India has 2x the rate of skilling. What is important in the labour force is how updated one is about their skill and taking pride in it, and market forces rewarding is magic.”


Nadella said that as India and countries across the globe faced the challenges of marco uncertainty, it was important for companies to achieve more with less. “In this, cloud will be the game changer…Cloud is 70-80 per cent energy efficient on workload. You hedge against the demand cycle, you consume it only when you need it,” he said.


Microsoft, said Nadella, was investing in 60-plus regions and 200-plus data centres worldwide. In India, the tech giant is expanding and setting its fourth data centre, in Hyderabad. “We want to make the cloud available everywhere,” he said, adding that by 2025, most applications would be built on cloud-native infrastructure.


Microsoft has operated in India for more than 32 years. The country is a hub of innovation and resourcefulness for the company.


He also shared that AI-powered models like ChatGPT and Dall-E would help knowledge workers and enhance their productivity. “Every knowledge worker is going to be more creative, more expressive, and more productive. Every frontline worker will be able to do more knowledge work than they ever did. Every design task, whether it’s software engineering, mechanical design or architecture, is going to be much more productive going forward. So, it’s ultimately, in my opinion, going to accelerate human creativity, human ingenuity, and human productivity across a range of tasks.”


When it came to productivity, he said, there was productivity paranoia, where leaders and managers believed employees were not productive when, in fact, they were becoming burned out. He believed that data could bridge the gap. “Conducting soft skilling, and during meetings everyone’s voice should be heard. People value upgrading skills and this is critical for building loyalty,” he added.


When asked about the current inflationary environment impacting tech companies, Nadella said everyone had to be much more productive. He also questioned if productivity needed to be seen through a new lens with models like CoPilot allowing more time for software developers.


“Do not let stories about what’s happening in the tech industry confuse the rest; because the opportunity is growing. Tech talent is getting hired across industries. I feel this is the rebalancing of the talent pool so that every sector becomes tech powered,” he added.