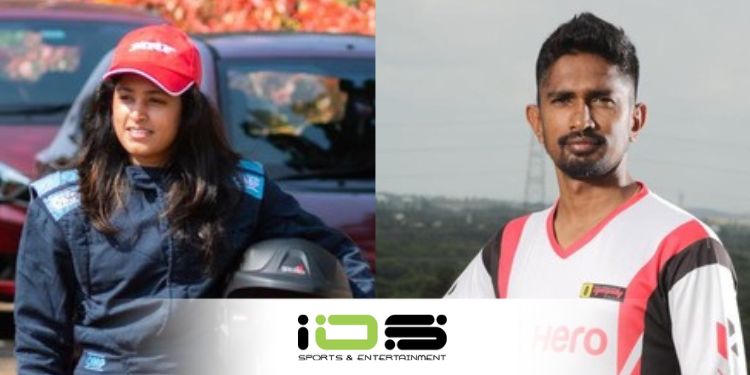 While the 25-year Bangalore-based rally driver Pragathi Gowda will be representing the Asia-Pacific region in the 2023 FIA Rally Star Training season after her impressive win in the Asia- Pacific finals of the FIA Rally Star Program held at the Madras International Circuit in Chennai late last year. Pragathi who made her debut in Rally Racing in 2020 at the Indian National Rally Championships held at Itanagar, finished in the top 10 in her first national championship and in the process caught the eyes of the motorsport community within the country.

“My racing career is short but my ambitions are big. I am glad that in this short span, I have been able to achieve some good results and that gives me the confidence that there’s more in store for me. At this stage of my career, it was important for me to start building a professional team around me and the first need beyond the technical bit was having a commercial partner. I am glad to be joining hands with IOS Sports & Entertainment who undoubtedly are one of the most professional and seasoned sports marketing entities in the country,” said the 25-year-old Pragathi Gowda.

IOS Sports & Entertainment today also announced the signing of yet another promising Rally Rider Yuva Kumar into their fold. Yuva who recently won the Desert Storm 2022 in the Moto category (upto 250cc) hails from Andhra Pradesh but has been raised in Bengaluru, Karnataka. With nearly two decades of rallying experience on two wheels, Yuva currently competes for the Hero Motorsports Team Rally.

“Motorsports is an expensive sport and after a while to step up, we all need commercial partners to help us take us to the next levels in our careers. Last year has been a good year in my career and to now take the leap it was important for me to have experts with me. I am glad that I found that in team IOS and I am looking forward to my association with them,” said Yuva Kumar on his partnering with IOS Sports & Entertainment.

After the announcement of partnering with the rally racers, Rahul Trehan, COO, IOS Sports and Entertainment said, “As an organization, we have strived to bring to the fore talented youngsters to the national eye. Both Pragathi and Yuva are truly motivated athletes with a tremendous ahead of them. It was their quality and sincerity that has made us put our trust in them. Motorsports is one of the most followed sports across the world and through these athletes we can bring some attraction towards motorsports in India.”