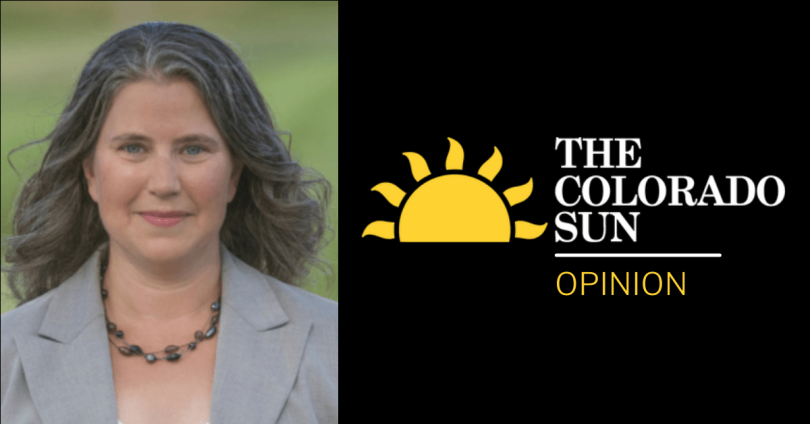 It has been over three years since the General Assembly fundamentally changed how the Colorado Oil and Gas Conservation Commission must regulate the development of oil and natural gas in Colorado and required it to prioritize the protection of public safety, health, welfare, and the environment.

Despite this specific direction, the commission’s current rules are still frustratingly focused on information-gathering and on emissions inventories and air quality standards data provided by the state health department. When the commission adopted the rules, it acknowledged that much more needed to be done by way of rulemaking. It is time to go beyond data collection and evaluation, and to actually make some rules.

While the commission is making incremental progress, its efforts fall far short of addressing the urgency required by the twin crises — climate and ozone — facing Colorado. The climate crisis is already causing massive disruption, impacting natural resources, public health, private property and infrastructure. The ozone crisis facing the Denver Metro area and the northern Front Range has now been determined to be severely out of compliance with EPA ozone standards.

Federal clean air laws require areas with unhealthy levels of ozone to develop a plan that describes how that area will attain compliance with the federal standards. The ozone rulemaking that is underway is especially illustrative of the need for the oil and gas commission and the state health department to coordinate on cumulative impacts analyses.

Additionally, the emissions inventory on which the implementation plan is based shows that the development of oil and gas and its uses are by far the largest source of pollution in the nonattainment area. Furthermore, emissions from pre-production operations (drilling rigs and hydraulic fracturing engines) were undercounted, which only increases the significance of nitrogen oxide emissions that are precursors to ozone formation.

An unfortunate precedent is being set as oil and gas development plans and comprehensive area plans — part of the 2019 law instructing the commission to focus on protecting health and the environment — continue to be approved despite a growing body of air quality and health research that suggests the cumulative impacts are having a negative impact on the health of our communities. The health effects of high concentrations of ground-level ozone include decreased lung function, throat irritation, severe asthma symptoms, cough, chest pain, shortness of breath, and other respiratory symptoms.

As large-scale oil and gas developments have been approved in close proximity to dense residential communities, local governments have partnered with leading scientists to implement advanced air quality monitoring and have undertaken studies. The results of the Broomfield Health Survey, which was distributed to randomly selected households, found that survey respondents living within one mile of an unconventional oil and gas development site in Broomfield reported significantly greater frequencies of upper respiratory and acute symptoms than respondents living more than two miles from similar sites. It also concluded that respondents living within two miles of an unconventional oil and gas development site also reported that their children experienced significantly greater frequencies of lower respiratory, gastrointestinal, and acute response symptoms than those living greater than two miles from such sites.

When presented with “dueling data” during the hearing for the Cosslett East oil and gas project, the commission ultimately approved the industry plans despite the data suggesting very real health impacts.

The fact that the Bronco Comprehensive Area Plan (which includes 209 wells), the Box Elder plan (which includes another 151 wells), and 26 large-scale oil and gas developments have been approved in Denver metro and the northern Front Range even as the state is falling far short of meeting EPA ozone standards is a stark demonstration that the cumulative impacts data in these plans is not being used to actually address those impacts.

The commission now has a Petition before them from WildEarth Guardians and others asking the commission to amend its rules to evaluate and address certain cumulative air impacts of oil and gas development to protect public health, safety, and welfare, and the environment and wildlife resources. There is strong support for the commission to move forward with the Cumulative Impacts Rulemaking.

This additional rule-making must create regulations ensuring that meaningful cumulative impacts analyses actually are created, and provide considerably more guidance regarding what must be included in such analyses for the protection of public health, safety, and the environment. In order to avoid additional cumulative impacts, a temporary pause should be placed on reviewing and approving comprehensive area plans and oil and gas development plans in the Denver/Front Range non-attainment area until the commission completes comprehensive cumulative impacts rule-making.

The Commission’s virtual hearing is scheduled for Dec. 9 at 2 p.m.