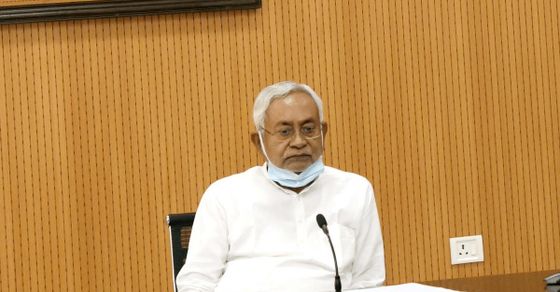 Patna: The Janata Dal (United) is slated to hold a multi-city event on Wednesday as Chief Minister Nitish Kumar completes 15 years at the helm of the Bihar government. The party is also planning to present a ‘report card’ of its performance over these 15 years during the event. the JD(U) chief was sworn in as Bihar CM for the seventh time in November last year.

According to reports, the celebratory events will be held at around 40 locations including Patna. Over the last few days, the party’s social media accounts have also highlighted many initiatives undertaken by the Nitish Kumar government during his 15-year tenure.

Kumar has been the Chief Minister of Bihar for two consecutive terms, having been sworn in on February 2015. While he had contested the assembly elections as part of the Mahagathbandhan, he resigned from office as corruption allegations were levelled against his deputy Tejashwi Yadav. Mere hours later, he was back as Chief Minister, having joined hands with the BJP to form the government. The JD(U) contested the 2020 elections as part of the NDA, with the coalition winning a 125-seat majority in the Bihar Legislative Assembly.

His’s first stint as Chief Minister had been merely a week-long, from 3 March 2000 to 10 March 2000. While NDA and its allies had had 151 MLAs, the Opposition faction led by Lalu Prasad Yadav had 159 MLAs. Kumar tended his resignation before he could be asked to prove his majority in the house. His second and far longer stint at the helm came five years later, as he served a full term and was re-elected to power in November 2010.

Kumar has also briefly served as a Union Minister handling the Railway and Agriculture portfolios at different points of time in the Vajpayee government.

The JD(U) leader may consider venturing beyond state politics in the years to come. In August this year, the party’s national council had passed a unanimous proposal stating that Kumar was ‘prime ministerial material’ and could ‘become PM’. While the resolution does not indicate that he will become the NDA’s Prime Ministerial candidate, reports quoting party leaders indicate that it was passed to remove ‘doubts’.