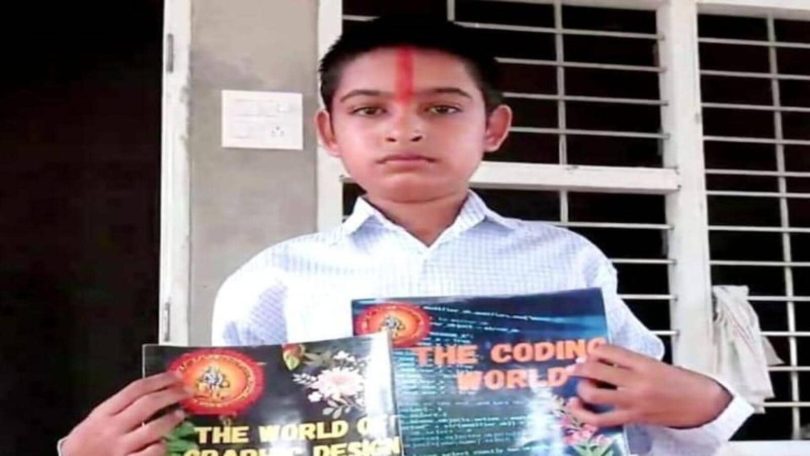 Kartikeya Jakhar, a Class-8 student at Jhajjar’s Jawahar Navodaya Vidyalaya, has developed three learning applications without any guidance and made his way to Harvard University in America, besides managing to register himself in the Guinness Book of World Record.

The 12-year-old boy Kartikeya said his father Ajit Singh, a farmer, had purchased a mobile phone which cost around ₹10,000 for online classes during the pandemic.

“The mobile phone has many issues as it used to hang during the coding process. With the help of You Tube, I managed the phone and continued my study. I made three apps- the first app was related to General Knowledge named Lucent G.K. online. Second app was Ram Kartik Learning Centre that teaches coding and graphic designing. The third app was Shri Ram Kartik Digital Education. Now, these apps are offering free training to over 45,000 students. I got motivation from our Prime Minister Narendra Modi’s emphasis on Digital India campaign. I want to serve for the nation,” he added.

The Class 8 student Jakhar has been awarded with so many prestigious awards at such a young age. Kartik won a scholarship after qualifying the entrance exam of Harvard University. He is studying B.Sc in Computer Science from the varsity.

Ajit Jakhar, father of Class-8 student Kartikeya, said the mobile phone being used by his son has damaged screen but his enthusiasm was so high that he had developed three apps.

“I urge the government to help my son so that he can develop other applications. He is an outstanding talent and I want that he shall serve the nation in digital technology. Our village has high power cuts but Karitkeya’s zeal is so high that he is managing all crises. Haryana deputy chief minister Dushyant Chautala and chief minister Manohar Lal Khattar also talked to him and motivated him for his achievements,” Ajit added.

In a tweet, Haryana chief minister Manohar Lal Khattar said 12-year-old Kartikeya of Jhajjar has made a Gunniess Book of world as the youngest app developer.

“After sports, culture and arts, Haryana youths are shining in technology also at world level,” the CM added.

“We will also conduct a session of Kartikeya with other students so that other kids can also get motivation,” the DC added.