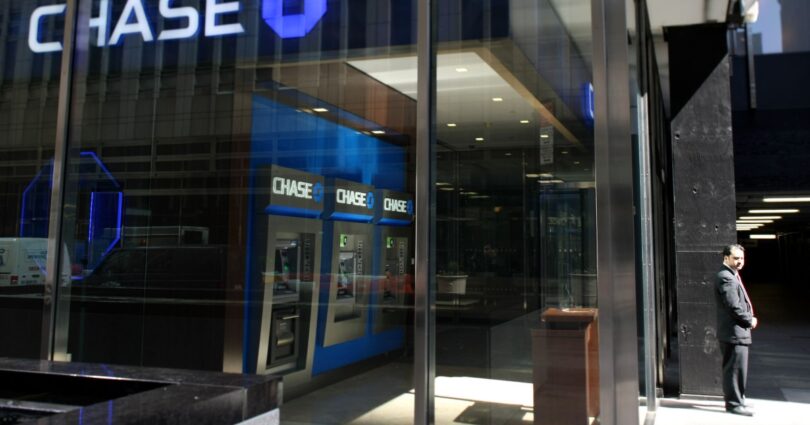 “We looked very hard at our core banking system and capabilities,” said Rohan Amin, the chief product officer at Chase. “We looked at the market, looked at our internal capabilities and came to the conclusion that working with Thought Machine was the best path forward for us.”

The companies declined to disclose how much JPMorgan Chase will pay for the upgrade and how long the project will take.

Amin gave five reasons why Chase, the nation’s largest bank with $3.7 trillion of assets and retail operations in nearly every state, is replacing its core system with more modern, cloud-based technology.

One is to be able to innovate quickly to meet customers’ ever-changing needs.

“Part of that is having a core that is cloud native, that allows us to be more in line with our agile development practices so we can bring more product to customers faster,” said Amin, who has been in his current role for a month. He oversees Chase’s mobile app, digital experiences, development practices and data and analytics. He reports to Marianne Lake, co-CEO of consumer and community banking for JPMorgan Chase which is based in New York and has $3.68 trillion of assets. For the three years before taking on this role, Amin was been chief information officer for consumer and community banking.

Paul Taylor, CEO of Thought Machines, said one of his company’s strengths is that it’s “properly cloud native.”

“We are not moving things into the cloud,” he said. “We’ve always been believers in the cloud. I worked at Google and many of the senior engineers worked at Google. We will always believe that the cloud is the long-term answer to many problems.”

The second reason for the bank’s tech upgrade is to run many consumer products on a single platform.

“Historically, a lot of these customer experiences were thought of as separate: I have a deposit relationship, I have a lending relationship, I have a rewards balance,” Amin said. “But increasingly, customers want to be able to move between those in a more fluid way, and having a new core banking system allows us to think about the world in that way aligns with how we think about the customer experience.”

Chase has separate systems for deposits and loans today. Though it does try to connect them from a customer experience perspective, “it’s a fair amount of work to do versus it being just sort of inherent in the design of the core banking system,” Amin said.

“Instead of just having these siloed systems — one for mortgages, one for credit cards — we can run all the products of the retail bank and even parts of the corporate bank on a single platform,” Taylor said. “It’s not for us to say what the bank products should be, that’s up to the bank, but we always want to make sure that we can deliver on that.”

Third, Amin was also looking for a core system with high availability, resiliency, reliability and scalability, to serve the bank’s 57 million active digital customers without breakage. All large banks have occasional outages of their mobile apps and websites and Chase is no exception.

Amin’s team performance-tested the Vault system by simulating high volumes of traffic, to make sure it could perform under duress and spikes in customer activity.

The fourth reason the bank wanted to deploy a new core now is to be able to run the retail bank in real time.

“Everything is moving to real-time,” Amin said. “Customer expectation is around real time, meaning if I make a transaction, I see my balances updated immediately, or if I cash out some rewards, I see that change immediately. Whatever aspect of the customer experience, increasingly customers expect and want to see real time. Thought Machine allows us to increasingly move ourselves to real time as a general model.”

And fifth, because of its use of APIs, the Thought Machines software should also help Chase move toward embedded banking, or extending banking into non-Chase user experiences, for instance by letting people pay for things on Amazon using Chase reward points.

“We want to have a core system that is very accessible by APIs and allows us to push ourselves into other parts of the ecosystem that may not be in our walls,” Amin said. “So that’s another element of the strategy here with Thought Machine.”