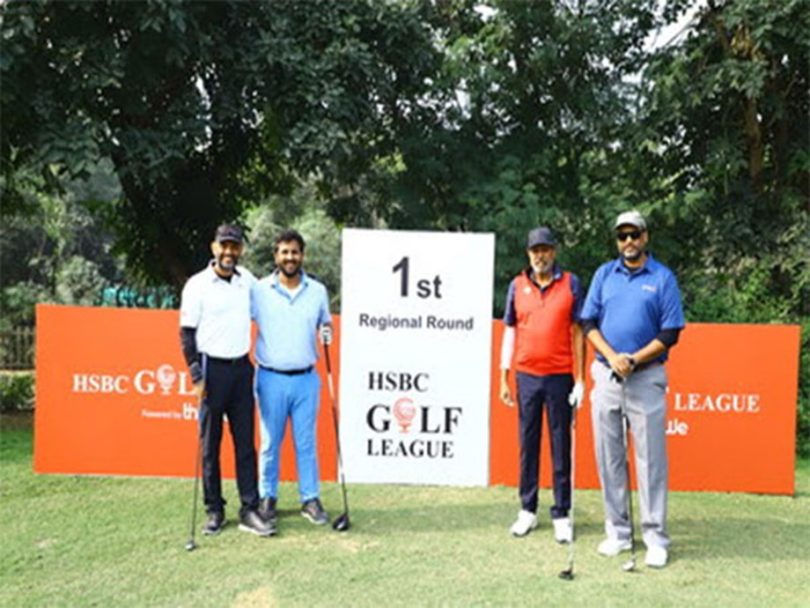 New Delhi [India], December 8 (ANI/PRNewswire): The first regional round of the HSBC Golf League held at ITC Classic Golf and Country Club witnessed 90+ golfers, including amateurs and professionals, tee off together. The presence of cricketing legend Kapil Dev, Yuvraj Singh Sandhu (India’s Number 1 Golfer), and Priya Puri (PPGA), with 22+ professional golfers at the event, contributed heavily to the phenomenal success of the first indigenous golf platform, The HSBC Golf League.

The Golf League app, which was launched on 24 September 2022, is the first-ever golf platform for amateurs to play golf with fellow business behemoths, network with like-minded individuals, and learn the pro tips of golf from professional golfers. Brandon D’souza was the golf tournament host and had people knitted with his art of oratory. The guest of honour, Kapil Dev, addressed the audience and said, “In the next three years, Golf will become one of the biggest sports in the country after cricket & platforms like HSBC Golf League is instrumental in making this happen.”

He further appreciated HSBC for conceptualizing this idea, rolling it out in the market via a digital platform in association with Thriwe, and wished good luck to the makers, conceptualizers and implementers of the HSBC Golf League to make this app one of the choicest names in golf in India and across the region. Jaswinder Singh Sodhi – Head of Customer Proposition, Digital & Marketing at HSBC India, thanked Kapil Dev for his presence. He was thrilled that Kapil Dev shared his views about making this app the go-to destination for all amateur golfers in the country. He further addressed the audience and shared his perspective on golf in India and how it will be one of the most popular sports in India.

The registrations for this tournament’s first regional round in North India began on 24 October 2022, and it received a massive response in terms of nominations. These nominations belonged to business leaders from industries ranging from Tech Innovators, Hospitality Enthusiasts, and Fintech Partners to Rating Agencies. Seventy-two amateur participants were chosen on a pro-rata basis to play in the tournament. The participants who couldn’t be accommodated for the play were given a chance to register themselves for the Golf Clinic by professional golfers like Yuvraj Sandhu and Priya Puri. Sixteen qualifiers were chosen from this regional round who will be playing the Grand Finale scheduled for March at Oxford Golf Course, Pune. These 16 qualifiers were felicitated in the gala award ceremony, which was followed by cocktails and dinner.

Thriwe is a technology-driven b2b benefits as a platform company, catering to both Indian and international markets. Founded in the year 2011 with headquarters in India and offices across UAE, Singapore, London & Florida, Thriwe provides an ecosystem that delivers Customer Acquisition, Retention, & Engagement services to the world’s leading Financial Institutions, Card Networks, Consumer Durables, Hospitality, Automobiles, and so on. We run India’s largest tech-enabled ‘benefits as a platform’ ecosystem. With over 1,50,000+ partner associations and service delivery presence in 130 countries worldwide, we empower clients to boost engagement with their most valuable customers.

Some of our trusted partners are Amex, Mastercard, VISA, HSBC, Standard Chartered, HDFC, Axis Bank, Mashreq Bank, Union Pay, UOB, DBS, and LG Consumer Goods. This story is provided by PRNewswire. ANI will not be responsible in any way for the content of this article. (ANI/PRNewswire)