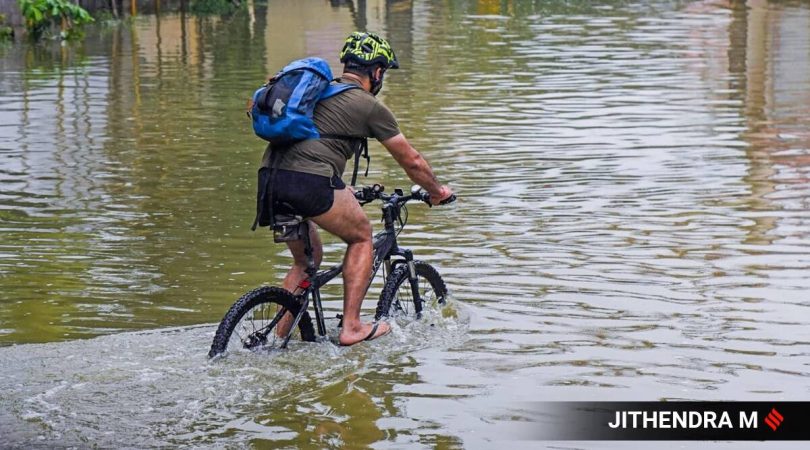 Bangalore, Karnataka Live News Today (August 5): The Central Business District and the Manyata Tech Park regions of Bengaluru city are expected to see power shutdowns on Saturday due to Bescom maintenance work. The IMD has forecast that Bengaluru might receive rain/thundershowers in the next 48 hours with the maximum and minimum temperatures likely to be around 25 and 20 degrees Celsius.

As torrential rains continue to batter several parts of Karnataka, Revenue Minister R Ashoka said the state government is prepared to take up rescue and relief measures on a “war footing”. Five teams of the National Disaster Response Force (NDRF) and four teams of the State Disaster Response Force (SDRF) have been deployed across the state to deal with the situation and take up rescue and relief works.

There are reports of heavy rains, floods and landslides in coastal and Malnad districts like Dakshina Kannada, Udupi, Uttara Kannada and Kodagu. The state capital Bengaluru too has been receiving rains, resulting in waterlogging and lakes overflowing in some parts, inundating residential areas nearby. The Met department has predicted extremely heavy rainfall spells at isolated places likely over Coastal and South Interior Karnataka on August 5.

Karnataka reported 2,042 new Covid-19 cases, 2 pandemic related deaths on Friday. The positivity rate for the day stands at 6.32%. A total of 1,704 patients were discharged today leaving the active number of cases in the state at 11,403.