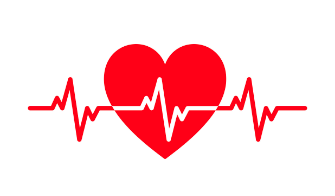 So far, the changes in the heart rate could only be confirmed numerically but not now

A research team at South Korea-based Pohang University of Science and Technology (POSTECH) has developed an integrated photoacoustic microscopy (PAM) and photoplethysmography (PPG), in collaboration with Samsung Advanced Institute of Technology (SAIT).

PPG is often used in heart rate measuring sensors in the smart wearable devices. It calculates the heart rate by detecting the changes in optical reflectance following the contraction and relaxation of the heart when LED is irradiated on the skin. This useful technology allows us to check the heart rate in real-time, however, it has limited visual access to the dynamic changes in the body such as vascular movement.

To overcome such limitations, the research team applied PAM to PPG given that the PAM could provide high-resolution imaging of the dynamic changes in the blood vessels over time.

The researchers also confirmed that the new system is able to simultaneously acquire vascular images and changes in the blood volume from human fingers. Furthermore, by directly observing that the change in the pulse wave signal leads to the movement of blood vessels, the team proved that the two changes are linked.