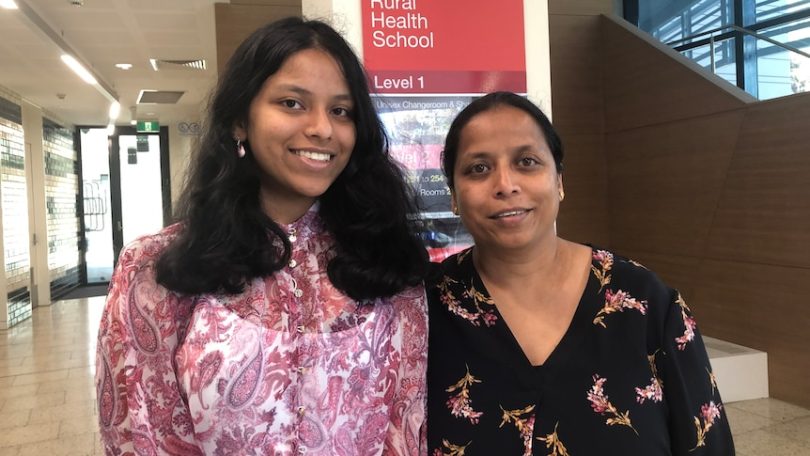 The head of one of Australia’s top public universities says more needs to be done to get young Australians to build healthcare careers in the regions where medical professionals are in short supply.

The university is funded for 15 bio-medicine students each year but wants that number to be as high as 50.

Professor Dewar said students who studied regionally were more likely to stay in the regions.

“That’s nowhere near enough, we have over 300 applications for those 15 places, we desperately need to increase that number,” he said.

“So, I’ve been talking to the Education Minister, Jason Clare.

“We’re making the case to everyone who will listen about increasing that number.”

The Bachelor of Bio-Medicine is a seven-year course in which students spend the first three years studying at La Trobe’s Bendigo and Albury/Wodonga campuses before studying through the University of Melbourne at Shepparton.

The federal government announced in August it would fund 20,000 university places but trainee doctor courses came under a different funding package.

First-year biomedicine student Sanjana Jijo said biomedicine was something she always wanted to do and wanted to stay regionally.

“Every opportunity has been extremely exciting from the people who I’ve met to just being in a university setting and being part of such an amazing course,” she said.

“Over time, I really want to come back to help that rural workforce in the future.

“And I hope that my connection to these communities and understanding that workforce that brings us together, will make me hopefully be a good doctor in the future.”

Her mother, Anita Zacharias, is a lecturer in rural clinical sciences at Latrobe University in Bendigo.

She said 15 biomedicine students — 10 in Bendigo and 5 in Albury/ Wodonga — wasn’t enough to improve healthcare workers in the region.

“The opportunity for regional students is very limited,” she said.

“My daughter, who mostly lived in Bendigo, we moved from India when she was four.

She said her daughter probably would not have followed a career in medicine if the course was not available in Bendigo.

“There was not an option for her to go all the way to Melbourne and that was not something we wanted,” she said.

“We wanted her to continue her studies regionally as well as practice regionally so that she can give back to the community that’s helped shape her into the individual she is today.”

Ms Zacharias said more placements needed to be funded in regional areas, noting the university had 120 students enrolled in physiotherapy at the Bundoora campus, but only 34 students in Bendigo.

But she said discrepancies remained between young Australians in metropolitan and regional areas choosing to study tertiary education.

Local news direct to your inbox

ABC Central Victoria will deliver a wrap of the week’s news, stories and photos every Tuesday. Sign up to stay connected.