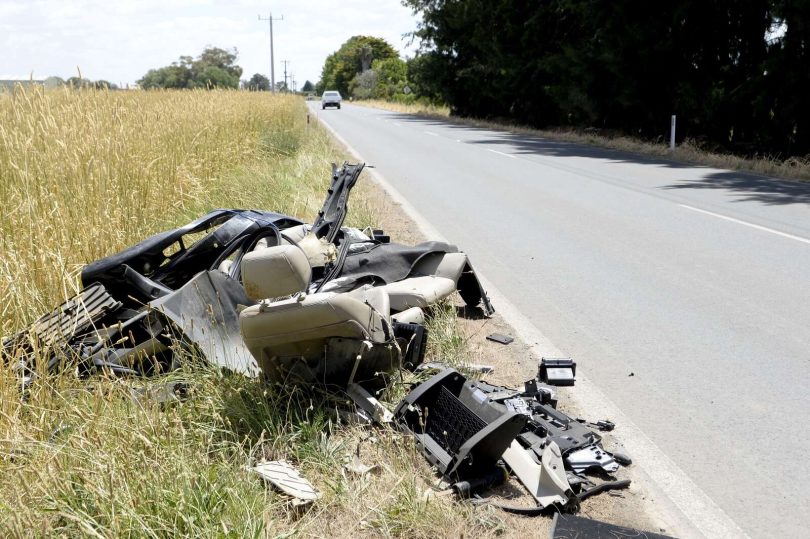 As of Monday, January 9, locals said the vehicle had been there for five or six days and it was evident it had been discarded intentionally on the side of the road.

Resident of 11 years Shazza Day said she and her neighbours were infuriated by people treating the area like a rubbish tip — and they had had enough.

“Nine out of 10 times rubbish is dumped here because it’s off the main road and a convenient route into town,” she said.

“The people littering should dump it on their own nature strip and have to look at it every day.”

Greater Shepparton City Council was notified of the illegal dumping of the vehicle on Thursday, January 5.

Council officers attended the site on Monday, January 9 to remove the vehicle remains.

Council said illegal dumping was a serious issue and unfortunately our region and many others were experiencing it at an increased volume.

Council said clean-up efforts were made as soon as possible after all reports; however, resources were limited at this time of year, which could lead to slight delays.

Ms Day hopes the council will find the perpetrators and fine them for their damage to the environment.

As for the rest of the residents on Channel and Prentice Rds, they have a message for the offenders: When it’s time to take out the trash, don’t leave it on our roads.