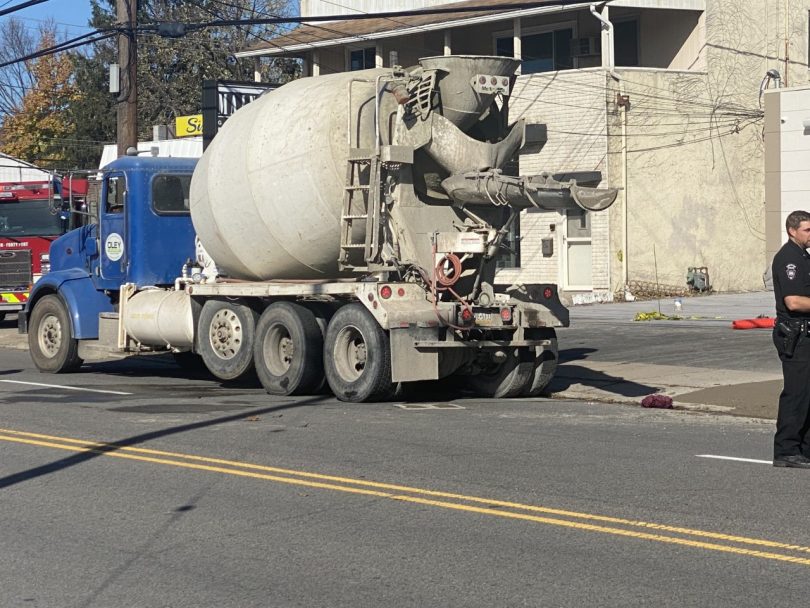 KINGSTON, LUZERNE COUNTY (WBRE/WYOU) — Crews were on the scene of a man struck by a cement truck in Kingston, Thursday afternoon.

Police responded to Tioga Avenue and Pierce Street around 12:15 p.m. for a man hit by a cement truck.

The Kingston Police Department tells Eyewitness News the man was leveling concrete on the road when the cement truck backed up to put more concrete down. The truck then ran over the worker as he backed up.

Officers say the victim was responsive at the time they arrived on the scene. He is now in critical condition. The Kingston police chief believes the victim was a trauma level 1 when he arrived at the hospital.

The incident is under investigation through the Kingston police, Occupational Safety and Health Administration (OSHA), and reconstruction teams were called to assist.

Peirce Street was blocked between the intersection of North Gates and Tioga Avenues as police cleaned up the scene.