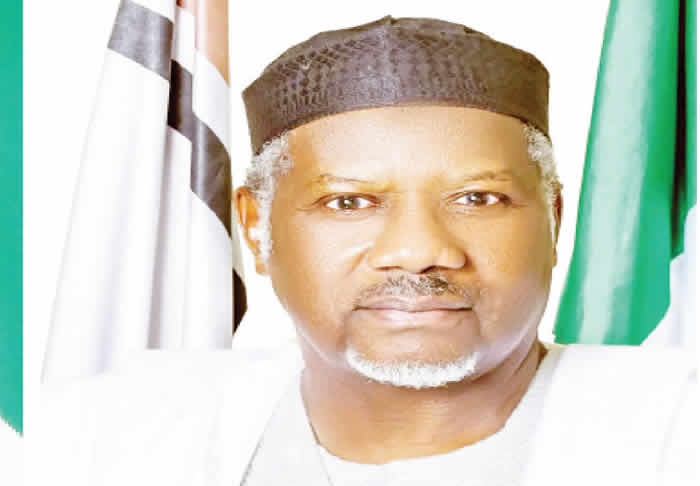 EDIDIONG IKPOTO looks at the numerous factors influencing manufacturers to rely on the importation of raw materials for their production needs.

Nigeria’s manufacturing sector, like other production environments all over the world, is no stranger to challenges and barriers that characteristically places a strain on production processes.

However, in the last few years, there has been a seeming uniformity, or perhaps an unvarying tone about the challenges that have gripped the sector. These challenges have ranged from access to foreign exchange, increased taxation, skyrocketing energy costs as well as other problems that many manufacturers have summed up under the term harsh operating environment.

At the top of the list of problems affecting manufacturers in the country is the issue of access to raw materials. Since this constitutes the building blocks through which finished products are created, this is the crown jewel of manufacturers’ problems.

With Nigeria’s inflation hitting a 17-year high in July, experts have warned that the cost-of-living crisis that has ensued in the wake of global supply chain disruption will not dissipate until Nigeria is able to improve local production and the forex crisis that has enmeshed the economy.

A big step towards achieving this target is improving the availability of locally sourced raw materials for manufacturers. During the early days of the federal government’s introduction of a backward integration policy that was geared towards encouraging manufacturers to look inwards in terms of sourcing raw materials for production needs, many firms keyed into this idea, and the result was instantaneous.

However, with the barrage of problems the industry has faced in recent times, these results as well as the resolve of manufacturers to source materials locally have begun to wane.

Last year, in its H1 2020 Economic Review, the Manufacturers Association of Nigeria said that local sourcing of raw materials grew by 11 per cent to 71 per cent in the first half of 2020. It said the growth came despite the harsh operating environment its members were operating in at the time.

“A very consistent observation from the various survey conducted is that firms look more inward for raw materials in periods of exchange rate difficulty. It was also discovered that the Nigerian land border closure has an increasing impact on the utilisation of local raw materials by manufacturers,” the association said.

According to the MAN, this backward integration tilt by manufacturers consequently helped save costs which were channelled into other aspects of production like the purchase of production assets, and workforce development, among others.

Before 2022, which came with its unique challenges, Nigerian manufacturers managed to improve on sourcing raw materials locally despite facing many challenges. This was in part due to stringent policies contained in Nigeria’s Industrial Revolution Plan, which restricted access to foreign exchange, and ultimately led to a border closure which placed a tight lid on the importation of raw materials.

In 2018, Unilever Nigeria Limited, one of the companies which pledged to key into the federal government’s backward integration policy, partnered with farmers and intermediary companies to boost local sourcing of raw materials.

Under its ‘Partner to Win’initiaive, the company pledged to invest in the capabilities of intermediary companies to enable them to convert farm produce to usable goods.

While speaking at the Manufacturing and Equipment, Nigerian Raw Materials Expo, Unilever, West Africa, Procurement Director, Thomas Mwanza said the initiative would help the company achieve a significant reduction in the importation of raw materials by working with local partners.

He said, “Already, Unilever has achieved over 90 per cent in local sourcing of packaging materials. The aim is to achieve 100 per cent by the end of 2019 and overcome the current challenges of local vendors’ capacity to meet up with the global best standard. In the agro-allied sector, Unilever is partnering with intermediary companies, for the supply of cassava and starch.

“The backward integration programme of the Federal Government is a sound policy and as an organisation, we are committed to this initiative. We have found strong connections between this policy and our business model. This has spurred us to enhance our local sourcing capabilities that we have embarked on for about a decade.”

Another company that joined this trend of backward integration activities was Nestle Nigeria which sources 80 per cent of its maize, sorghum, millet, soya, cassava starch, cocoa powder, and palm olein from over 41, 600 local farmers and processors from different parts of the country. The company also said it has more than 30,000 farmers who supply all the grain it requires to produce Golden Morn.

In the same vein, Dangote Sugar has injected billions of naira into sugarcane plantations in some states in Northern Nigeria to enable the company to reduce raw sugar imports. However, the gain recorded in the past few years has declined dramatically with the reopening of borders and an exacerbation of the harsh business environment that has put further constraints on local producers.

As earlier reported by The PUNCH, data from MAN indicated that a decline in local input sourcing from 57.5 per cent to 52.4 per cent was a result of scarcity of raw materials.

“Since the full opening of the economy following the lockdown associated with COVID-19 pandemic, local raw materials and other manufacturing inputs have been relatively scarce and costly. This has also affected the output of the sector negatively,” MAN said.

While speaking recently at the Annual General Meeting of the Apapa Branch of the Manufacturers Association of Nigeria, MAN President, Mansur Ahmed, said Nigeria’s economic woes have been exacerbated by the inability of local producers to harness local content into finished products.

According to him, Nigeria’s manufacturing sector had become weakened due to over-reliance on imported raw materials.

The argument by the MAN boss was hinged on the fact that transforming local raw materials to finished products would help cut back on the need to access forex, while also boosting the economy via job creation.

“Our manufacturing sector is weak because it is dependent on imported materials that we then process. We must therefore scale up or scale down. Our manufacturers have to go back and do the transformation. We in manufacturing need to focus on this issue. We need to build infrastructure. I was in a meeting where the Vice President inaugurated the national council on infrastructure.”

Speaking exclusively with The PUNCH, the Deputy-President of the Lagos Chamber of Commerce and Industry, Dr Gabriel Idahosa described the challenges associated with sourcing raw materials locally as a perennial problem that has handicapped the manufacturing industry for decades.

Idahosa said, “The same problems manufacturers are facing have also spread to the producers of the local content. That’s the problem. All the local content elements; the spare parts, equipment, and fertilizers, all answer to the same principle.

“Until we can fix power, universal uninterrupted power across the country. This problem is not going to go away. Even some developing countries in Africa have achieved it. In the middle east, developing countries have achieved uninterrupted power supply for the entire population. So, that is a basic requirement for production at any level, whether it is raw materials or finished consumer goods.”

The Chief Executive Officer of Coleman Technical Industries, George Onafowokan, said while the cost implication of buying raw materials locally equates to importing the materials, more cost is likely to be saved by avoiding shipping costs and all the intricacies involved in buying materials overseas.

He said, “The raw materials are still dependent on local pricing. The same way the local guy can sell to you, he can also export it out. They have the luxury, it is like saying you want to export copper or gold.

“Whether you are in Nigeria or not, it is export dependent on the currency. You will not, because you got the gold in Zamfara, sell it below the price of gold internationally. Some of our local raw materials, especially copper-related ones, still end up having the same impact as what is happening internationally. Our price moves according to what the international price is.”

According to the Coleman boss, there would be fewer people complaining about having to import raw materials for production if there was a bit more local capacity.

“It will be good if we had more local capacity, but that’s not realistic,” Onafowokan added.

An economic expert at the Pan-Atlantic University, Lagos, Dr Olusegun Vincent said manufacturers have found it difficult to obtain raw materials locally because most of Nigeria’s local content is being sold in the international market.

He further blamed the federal government’s apathy towards research vis-a-vis the development of locally made raw materials as a contributory cause to the current crisis being faced by manufacturers.

He stated, “Raw materials will either be from the farms or what we call intermediate goods. It still boils down to the fact that the level of the manufacturing sector is very shallow. We don’t really produce. We need to be in production and produce intermediate goods that will be used by other manufacturers.

“It boils down to the fact that our manufacturing level at different stages is very poor,whether at the primary stage, or at intermediate stage, we are not there. We lack the requisite material for manufacturing because our level of agriculture is equally poor. At this point in time in certain countries of the world, the level of agriculture is highly mechanised and computerised in a way that promotes the provision of raw materials needed for manufacturing companies to thrive.”