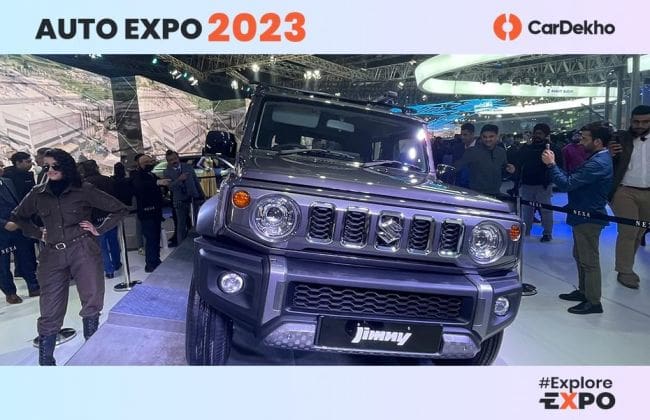 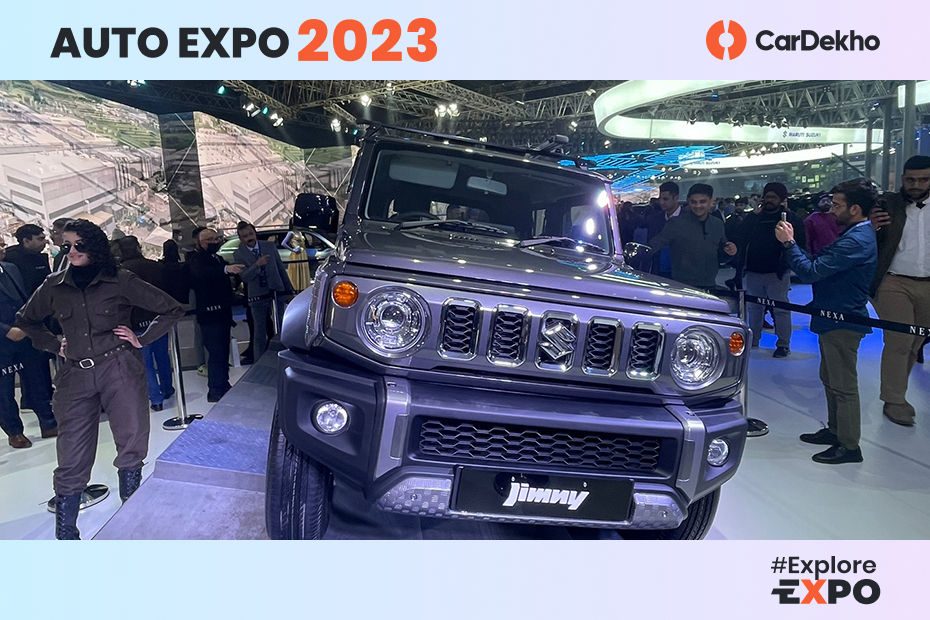 We are sure you saw Maruti’s big reveal of the five-door Jimny at Auto Expo 2023 in the famous Kinetic Yellow, but did you know there was another iteration at the event? This particular Jimny was flaunting a dark green exterior shade, not listed for the standard model, covered in accessories.

Check it out in detail in these seven images:

The accessorised Jimny was sporting a Hummer-like chrome grille (housing the auto-LED projector headlights and Suzuki logo) in place of the standard model’s black-finished unit. Moving further down, it had the same bumper (flanked by fog lamps), albeit with silver finishes and a more rugged-looking skid plate. 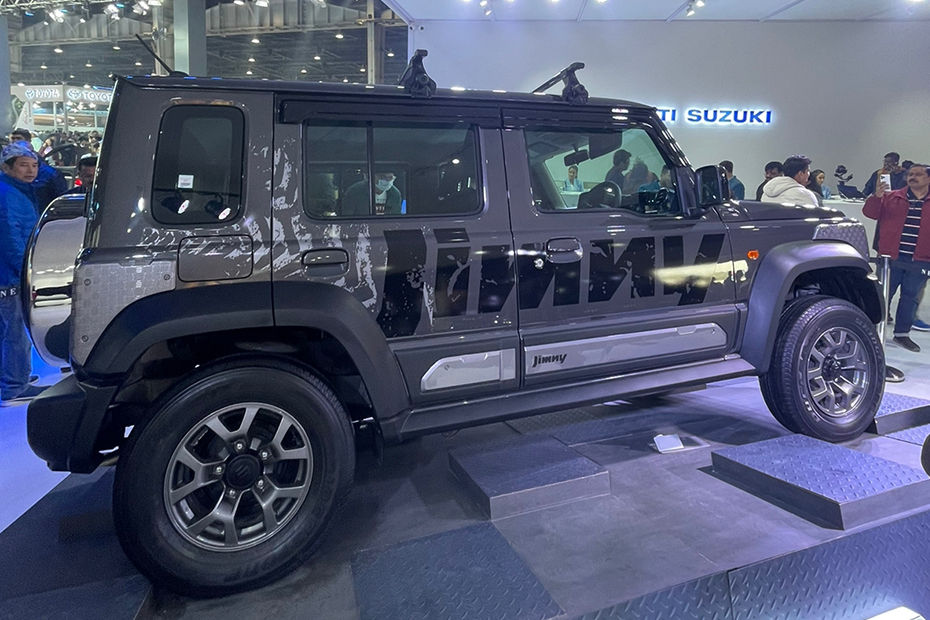 It’s in profile where the majority of cosmetic additions are most significant, with the most noticeable one being the big ‘Jimny’ decal spanning both the doors. Other visual additions include silver-finished body side moulding, protective plates with a metal finish on the four corners, a roof rack, and another decal at the rear with a tyre-track pattern. 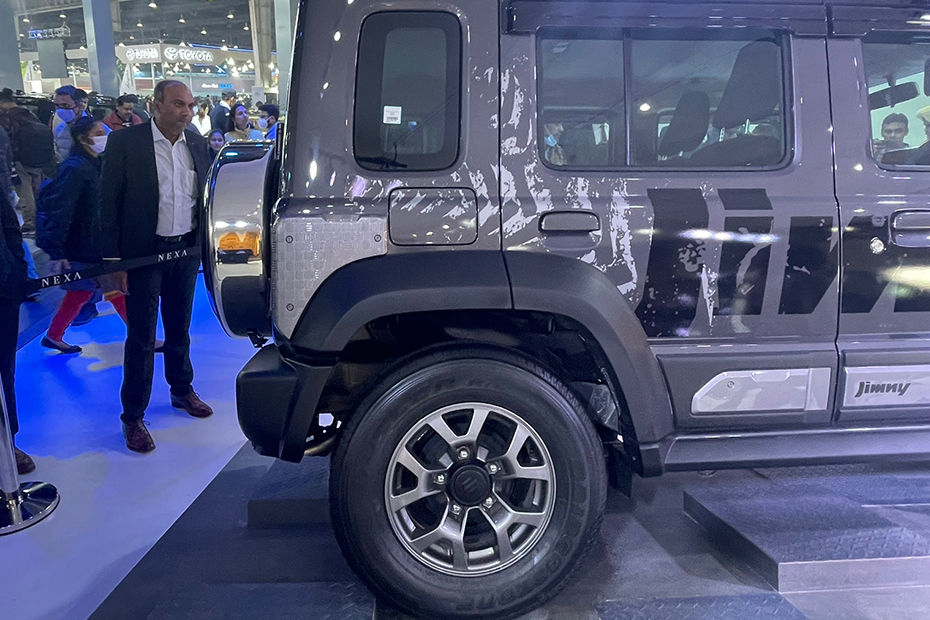 Sadly, this accessorised Jimny gets the same 15-inch alloy wheels and tyres as the regular Jimny. We would have liked to see it with a set of 16-inch wheels and some off-road tyres, but those may not be part of Maruti’s official list of accessories for the Jimny.

Related: Which Of These 7 Vibrant Jimny Colours Would You Pick?

The only difference at the rear of the accessorised Jimny was the chrome and gloss black covering for the tailgate-mounted spare wheel. Apart from that, it had the same bumper-mounted LED taillights and the ‘Jimny’ and ‘AllGrip’ badges. 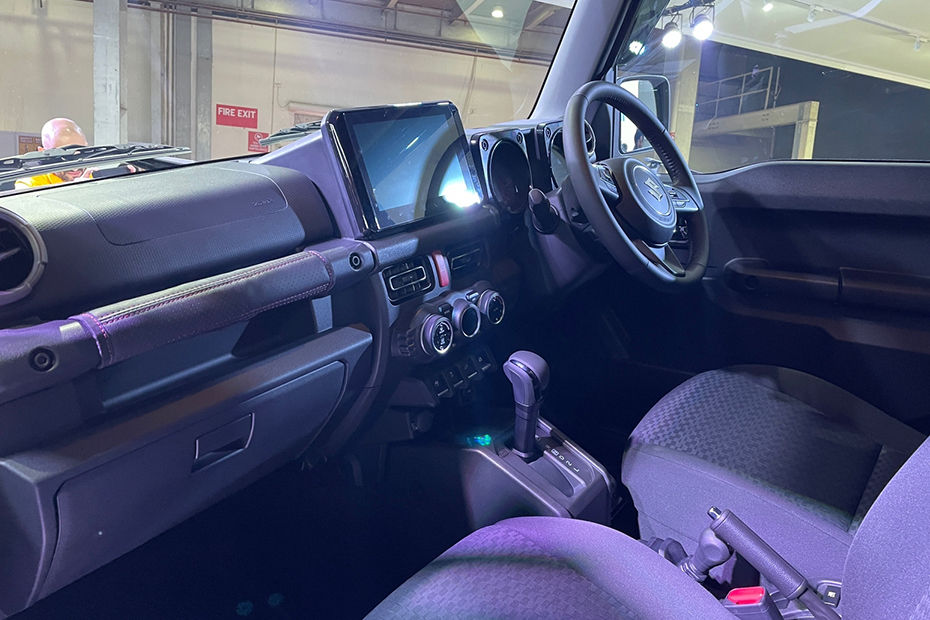 There are no major changes to the cabin of the accessorised Jimny either which sports the same finish as the regular model. It does feature additional padded covering for the passenger-side grab handle located on the dashboard. It still has the same fabric upholstery, nine-inch touchscreen unit and auto climate control like the regular variants. 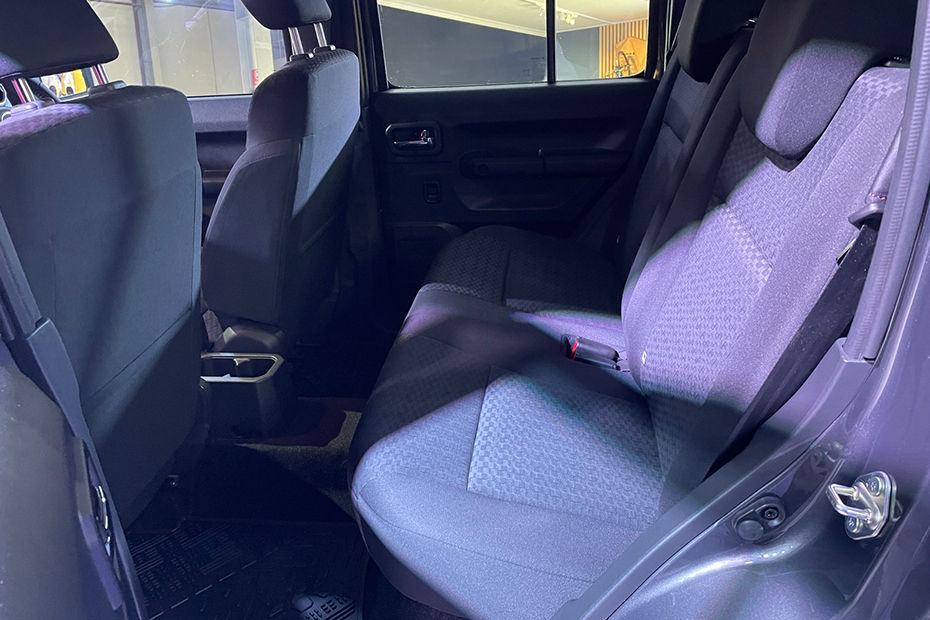 While there are no differences in the back of the cabin either, you can see the improved legroom on offer in the longer-wheelbase five-door Jimny.

Also Read: Maruti Is Bringing Back Turbo-Petrol Engines With The Baleno-based Fronx

We expect the carmaker to provide the off-roader with a bunch of individual accessory items as well as a few accessory packs for the Jimny once launched. The India-spec Jimny is slated to hit showrooms by March this year, while its bookings are already open for Rs 11,000. You can also check out CarDekho’s extensive coverage of all the action at the Auto Expo 2023 along with the detailed round-up of all major events of both the first and second days.