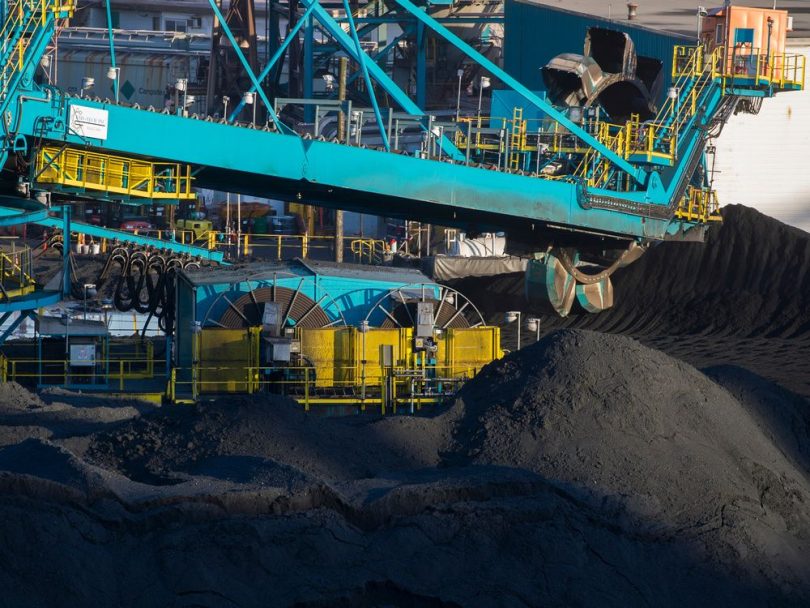 A marine traffic jam will build up quickly behind the suspension of operations at Westshore Terminals, Canada’s biggest export coal terminal, which is now facing strike action by longshore workers.

Some 100 to 200 members of the International Longshore & Warehouse Union Local 502 walked off the job over the weekend, prompting Westshore to initiate a “complete suspension of operations.”

Start your day with a roundup of B.C.-focused news and opinion delivered straight to your inbox at 7 a.m., Monday to Friday.

The next issue of Sunrise presented by Vancouver Sun will soon be in your inbox.

That left six large bulk-carrier ships stuck at anchor unable to load at the Roberts Bank complex in Delta, according to the head of the Chamber of Shipping, out of 10 ships around the port waiting to load coal.

“And I would think, in the next couple of days, you’ll see that number increase,” said Robert Lewis-Manning, president of B.C.’s Chamber of Shipping.

This disruption now hits the Port of Metro Vancouver on two fronts, Lewis-Manning said. The first being that Pacific freight supply chains weren’t working to start with. The second, the backlog is starting just as bulk carriers have begun arriving to load this year’s Prairie grain crops.

“So trying to find places to keep ships while they’re waiting for cargo is going to be the big challenge,” Lewis-Manning said.

ILWU Local 502 served strike notice on Westshore on Sept. 13 and walked off the job at midnight Sept. 16 after talks broke off, according to a notice from Westshore.

The union took strike action to back demands for a collective agreement to deal with “cost of living increases and skyrocketing inflation,” according to a bulletin distributed to picketers Sunday.

Westshore, with a capacity to handle 33 million tonnes of coal exports per year, is the biggest of three major terminals along with Neptune Terminals in North Vancouver and Trigon Terminals at Prince Rupert.

And the massive terminal, at the end of Roberts Bank, has become an important outlet not just for B.C. and Alberta coal mines, which ship primarily steelmaking coal to Asia, but for U.S. thermal coal producers as far away as the Powder River Basin in Montana and Wyoming.

Lewis-Manning, not an expert in coal logistics, said Canada’s coal infrastructure does have some flexibility to handle the diversion of shipments, which one of Westshore’s major customers said it is contemplating, but that capacity will be limited.

Teck Resources, Canada’s biggest coal exporter, said it is “taking action to mitigate any potential impact, including diverting shipments to other terminals,” according to a statement from spokesperson Chris Stannell.

“All Teck mines are continuing to operate,” Stannell said, and “we are monitoring the situation closely and will take further steps as necessary.”

Officials at Neptune Terminals did not respond to Postmedia questions Monday, but Teck, as a part owner of the facility, is better positioned to divert cargo there.

Westshore Terminals Investment Corp., which trades on the Toronto Stock Exchange with a market value of $1.86 billion, wholly owns Westshore Terminals. The Jim Pattison Group owns more than 40 per cent of WTIC shares.

Shares in Westshore Terminals Investment Corp. rose 27 cents in trading on the TSX Monday to close at $29.63.

With files from Joanne Lee-Young, Postmedia

More news, fewer ads, faster load time: Get unlimited, ad-lite access to the Vancouver Sun, the Province, National Post and 13 other Canadian news sites for just $14/month or $140/year. Subscribe now through the Vancouver Sun or The Province.