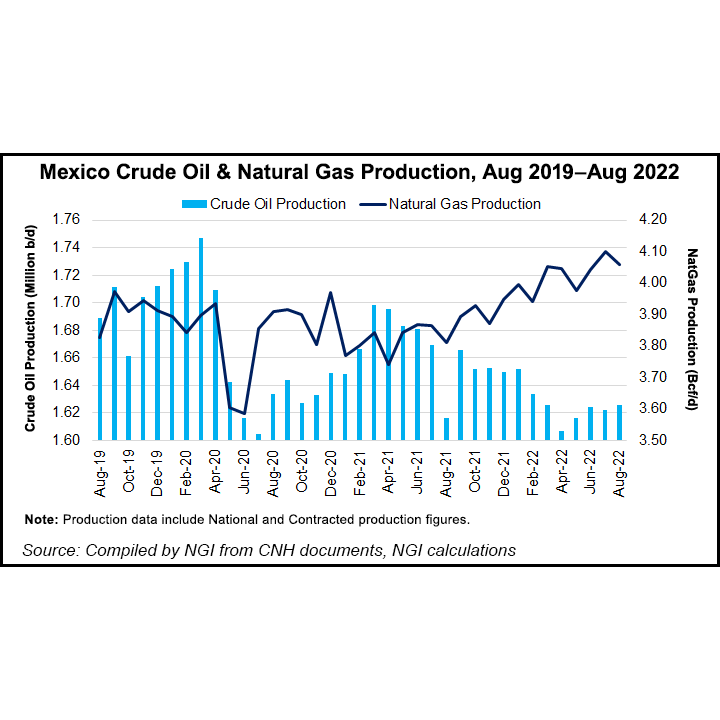 Three private sector-operated shallow water fields – all of which were awarded through the Round 1.2 bidding process in 2015 – reported record oil production for the month. These comprised the CNH-R01-L02-A1 contract operated by Eni SpA, ​​CNH-R01-L02-A2 operated by Hokchi Energy and CNH-R01-L02-A4 operated by Fieldwood Energy.

President Andrés Manuel López Obrador said this week that a liquefied natural gas export hub in the port of Coatzacoalcos, Veracruz, could potentially help Europe wean itself off Russian gas.

Imported natural gas supplied 87% of Mexico’s demand in May, excluding gas produced and consumed by Pemex, according to CNH. This is down from 91% in May 2021.

On the upstream side, Mexico’s Hydrocarbon Companies Association (AMEXHI) urged the Senate this month to expedite the appointment of a new chairman of CNH, following the resignation of Rogelio Hernández.

AMEXHI stressed the “importance of guaranteeing the regulatory continuity of the hydrocarbons sector,” and the need to maintain “the technical and impartial profile of the commission.”