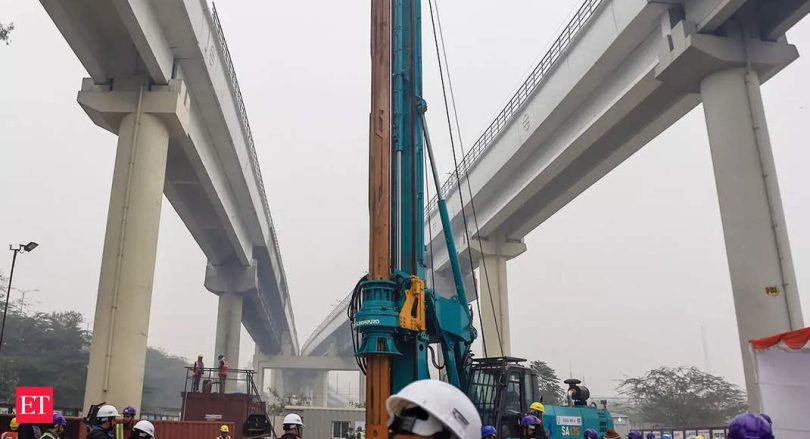 The government of Maharashtra is working towards connecting major nodal centres Mumbai and is already preparing a special plan for the transportation sector revised for the next 20 years.

“At the moment travelling even from places like Malabar Hill to Bandra-Kurla Complex (BKC) takes more than 45 minutes. Once MTHL project is operational, commuting even to Navi Mumbai will happen in 20 minutes. This would lead to a similar boom in these districts as well,” Srinivas said.

According to him, enhancing connectivity is the key for the affordable housing ecosystem in Mumbai and its peripheral locations including places like Neral-Karjat, which will witness explosive growth with completion of several ongoing infrastructure projects.

He was speaking at a conference organized by the National Real Estate Development Council (NAREDCO) Maharashtra’s Neral-Karjat unit.

“The city has a lot of space constraints, so it is critical to develop another city that not only meets the space criteria, but also provides facilities and offers affordable housing options,” said Gautam

According to him, as major industrial zones including MIDCs are located in the Neral-Karjat-Panvel belt and along with expansion of JNPT, JNPT SEZ and the new airport; it provides residents with a variety of social amenities as well as employment opportunities in the IT & ITES sector and knowledge-based research institutes. To ensure this trend continues all issues – be it civic, infrastructure, or even basic – will be addressed with assistance from governments and other agencies.

“The government is investing in improving infrastructure in the Neral-Karjat belt, which in turn is contributing significantly to the region’s residential and commercial development growth, boosting overall real estate growth, and elevating and improving the quality of life for its residents,” said Rajan Bandelkar, President, NAREDCO India.

In recent years, residential supply has increased 21% in Karjat and 19% in Neral areas, which were once devoid of infrastructure and connectivity. However the government is constructing a slew of mega infrastructure projects now that will benefit homebuyers and spur real estate development.

These mega infrastructure projects include the Mumbai Trans-Harbour Link, the Navi Mumbai International Airport, local railway connectivity via the Panvel-Karjat line, which is expected to be completed by 2024, a national highway passing through Matheran and connecting Panvel and Uran.

In addition to these, the work is also going on an upcoming railway yard, tourism development, upcoming large universities, business, and medical colleges; and the upcoming Neral Matheran Ropeway, which is expected to be one of the longest ropeways with a total length of 4.7 kilometers.