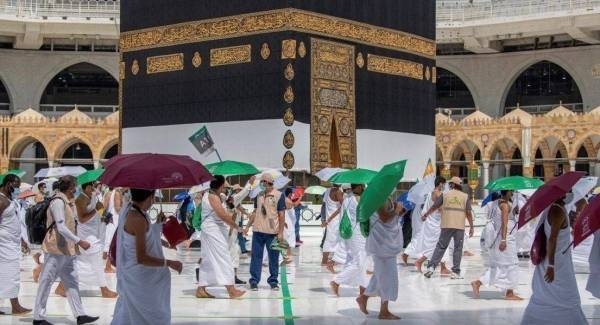 RIYADH — The Ministry of Health has announced on Saturday that it has provided its services to 216,981 Hajj pilgrims through Saudi Arabia’s air, land, sea ports since the beginning of their arrival until Monday Dhu Al-Qaadah, 21.

The number of pilgrims who received treatment and preventive services through the air ports until last Monday reached 209,865 Hajj pilgrims, or 97% of the total arrivals through all ports, the MoH said.

As for the health requirements for yellow fever, the number of arriving pilgrims who adhered to it reached about 11,522 Hajj pilgrims, with a percentage of 95%.

It is noteworthy that the Ministry of Health, in preparation for the Hajj season 1443 AH, has equipped its health facilities to provide treatment services to pilgrims in Makkah, the Holy Sites and Madinah.

The number of hospitals that the ministry has equipped has reached about 25 hospitals, which are supported by 156 health centers, while it also increased the capacity of clinical hospitals to 5,000 beds.

The number of health cadres qualified to serve the Hajj pilgrims reached about 25,000 health practitioners.

It is noteworthy that the Ministry of Health has set up medical points on the Al-Mashaer and Al-Haramain trains, as well as intensifying its efforts in the central area of the Holy Mosque.

Among its preparations for Hajj, the MoH has also provided 180 ambulances, in addition to setting up 17 emergency centers on the Jamarat bridge facility in the Holy Site of Mina.