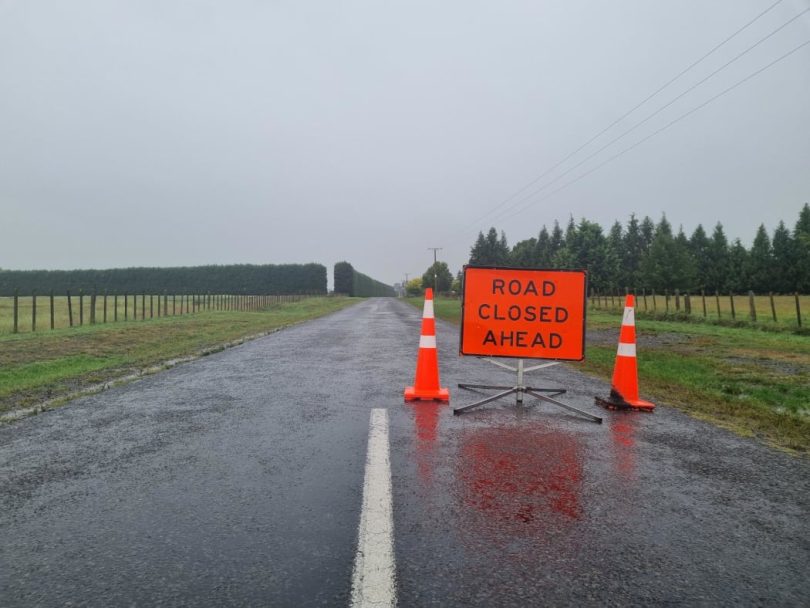 Heavy rain causing slips has already done about $40 million worth of damage to the district’s roads.
Photo: RNZ / Jake McKee

It is feared more rain in Central Hawke’s Bay this weekend will further damage the district’s saturated rural roads, which have been severely damaged by heavy rain over the past three months.

This week’s rain has caused even more problems.

Some coastal areas received about 100mm on Thursday night and Friday morning.

“We have roading infrastructure which is really bearing the brunt of this, so what’s happening is that hillsides are moving, we have got upwards of 35, it’s actually probably more like 40 major land movements which are compromising roads.”

About $40 million worth of damage has been done to the district’s roads, and the council is trying to get government funding to help fix them.

Central Hawke’s Bay District Council has a list of roads that are closed on its Facebook page.

It warned people not to try and cross any slips because they were potentially unstable.

It warned motorists to drive carefully saying there may be a substantial increase in the number of potholes in the district due to the heavy rain.